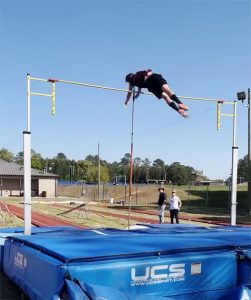 High School last week and came away with seven members of the team advancing to the sectionals.

Leading the way for the Wolverines was Stella Henry who took first place in four events: 100 Meter, Long Jump, Triple Jump, and the High Jump.

Congratulations to coaches Steve Green and Ashlie Smith and all track team members for an outstanding season and good luck in the sectionals!