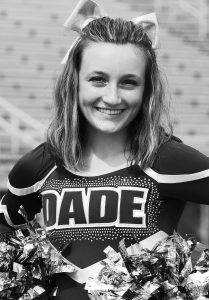 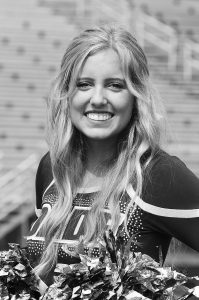 In addition to the girls named to the team coach Josh Hurst was named Coach of the Year.

This year’s nominees were selected by the girls on the team. Coach Hurst and Coach Becky Goff had chosen nominees in the past but stated that this year with so many amazing students that was impossible.

Each girl selected their top three teammates that met the following criteria. The best all-around cheerleader that is a standout in the following categories: abilities, skill progression (as in how much they improved this year), grades, leadership ability, attitude, and work ethic.

The coaches agreed that the proper girls were chosen and named to the All–Region Team.