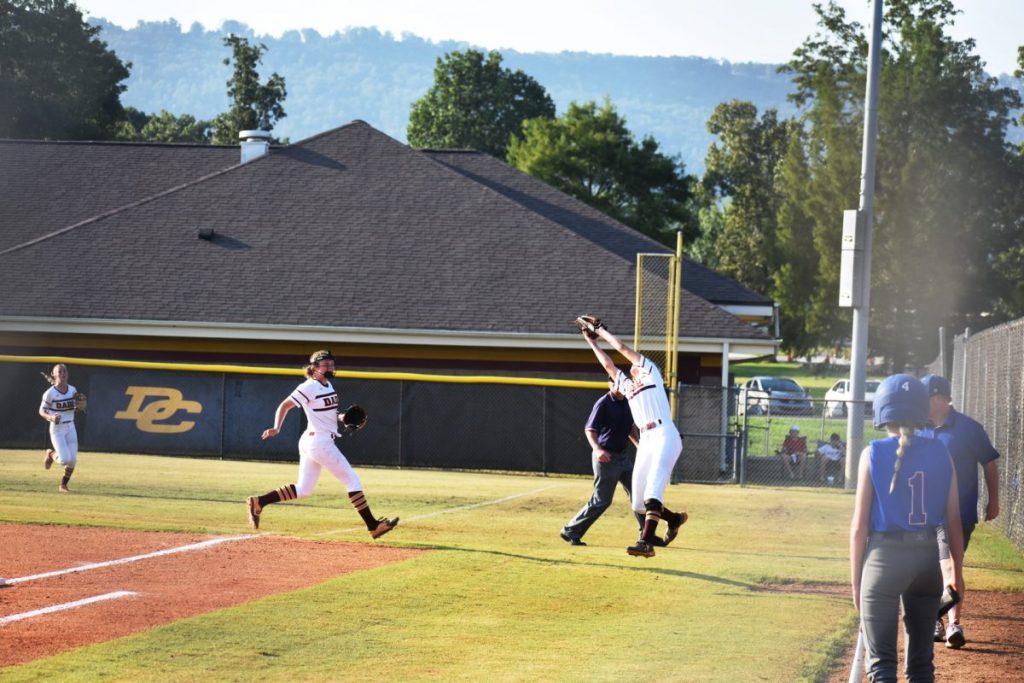 The Lady Blue Devils looked strong in the first inning, picking up a pair of hits, two walks and scoring two runs to take the early lead 2-0.

DCHS picked up a run with two outs when Kristen Fowler hit a triple and scored on an error to cut the lead to 2-1.

Model failed to score in the top of the second inning as Kayleigh Warnock settled in, picking up two strikeouts and a fly out to set them down in order.

The Lady Wolverines put the game away in the second inning when they scored seven runs on four hits and four Lady Blue Devil errors to take the lead 8-2.

The big blow of the inning came from Fowler with a home run.

Dade scored five more runs in the third after setting down the Lady Blue Devils in order in the top half of the inning. Raegan Page had the big blow in the inning with a double.

In the bottom of the fourth inning Fowler hit a double to score the final run in a big 14-2 Region 7-AA win. Fowler was a single away from hitting for the cycle having a home run, triple and double. In her other at bat in the game she was hit by a pitch. She also scored three runs and had three RBI’s.

Warnock picked up the win giving up two hits and two runs while striking out seven.

On Thursday the Lady Wolverines traveled to Gordon Central for another Region 7-AA game and they picked up where they left off on Tuesday.

They started the game with a walk and then an error set up Fowler who answered with a home run, her second in two games, to put the Lady Wolverines on top 3-0 before the first out was made.
Gordon Central came back in the bottom of the first with a pair of runs on three hits, the big hit being a double from the fifth hitter to make it a 3-2 game.

DCHS responded in the second inning and sent 11 batters to the plate, scoring eight runs, and putting the game away. The big hit of the inning was a triple by Henry.

After a scoreless third inning Dade ended the game in the fourth with five more runs while holding Gordon Central scoreless after the first inning and claimed a big 16-2 win.

This week the Lady Wolverines were scheduled to host Gordon Lee on Monday in a non-region game, travel to Chattooga on Tuesday and then host Pepperell on Thursday with that game scheduled to start at 5:30 p.m.