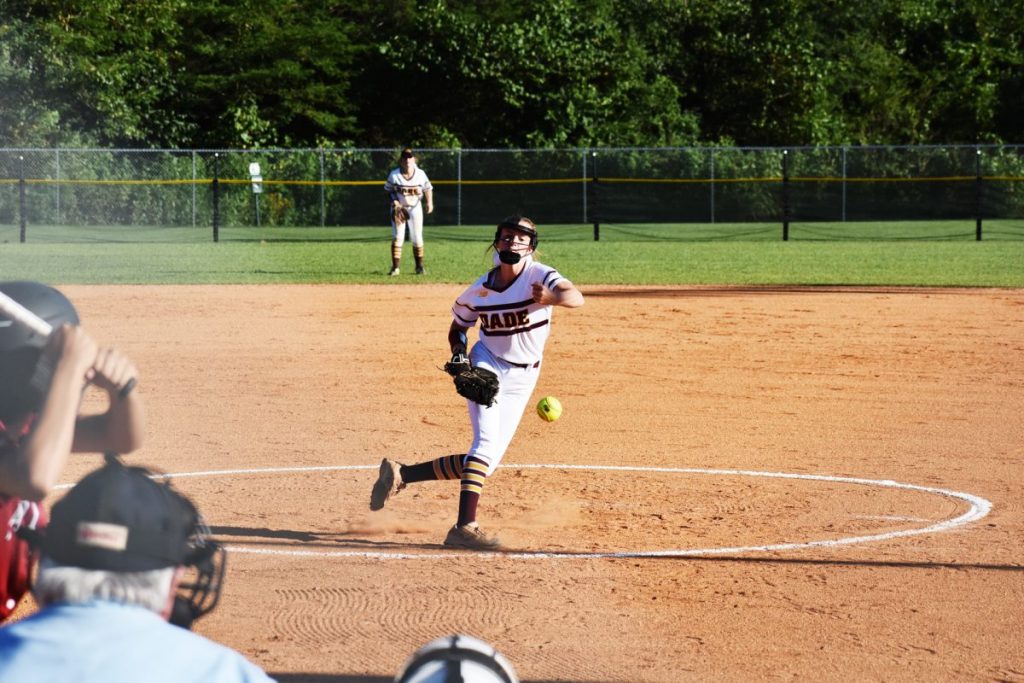 EDDY GIFFORD/Dade County Sentinel
Kayleigh Warnock returns to the mound this year for the Lady Wolverines and will have to carry a big load early in the season as injuries have hit the team hard since last season. All returning players are expected to be ready for play by the start of Region 7-AA.

With school starting back next week extra–circular activity is already in full swing. The Dade County High School Lady Wolverine softball team has been practicing and the season gets underway next week.

On Tuesday, Aug. 3 they will see their first action when they travel to Trion High School for a scrimmage game. They will then play the first regular season game on Thursday, Aug. 5 at Ringgold High School at 5:30 p.m.

The team will complete a busy first week when they host Ridgeland High School on Saturday with the first game getting underway at noon and the second game scheduled for 2 p.m.

The second week of the season will be just a tough as they travel to LaFayette on Aug. 9, to Armuchee on Aug. 10 and then travel to Dalton on the 13th for the Dalton Tournament.

The Lady Wolverines have high expectation this season as they return most of last year’s starters from the Region 7-AA championship team.

Be sure to see next week’s Sentinel for a preview of the upcoming season from Lady Wolverine Coach Stephen Graham.

Also, underway already is football practice. While actual practice in pads is still a few days away the Wolverines have been working hard getting ready for a promising season.

With a lot of returning players and a host of newcomers the Wolverines have high hopes for a big year.

Football season kicks off Aug. 20 at home against the Gordon Lee Trojans and travel to North Sand Mountain on Aug. 27.

The Sentinel will be having more on the Wolverines in the coming weeks.