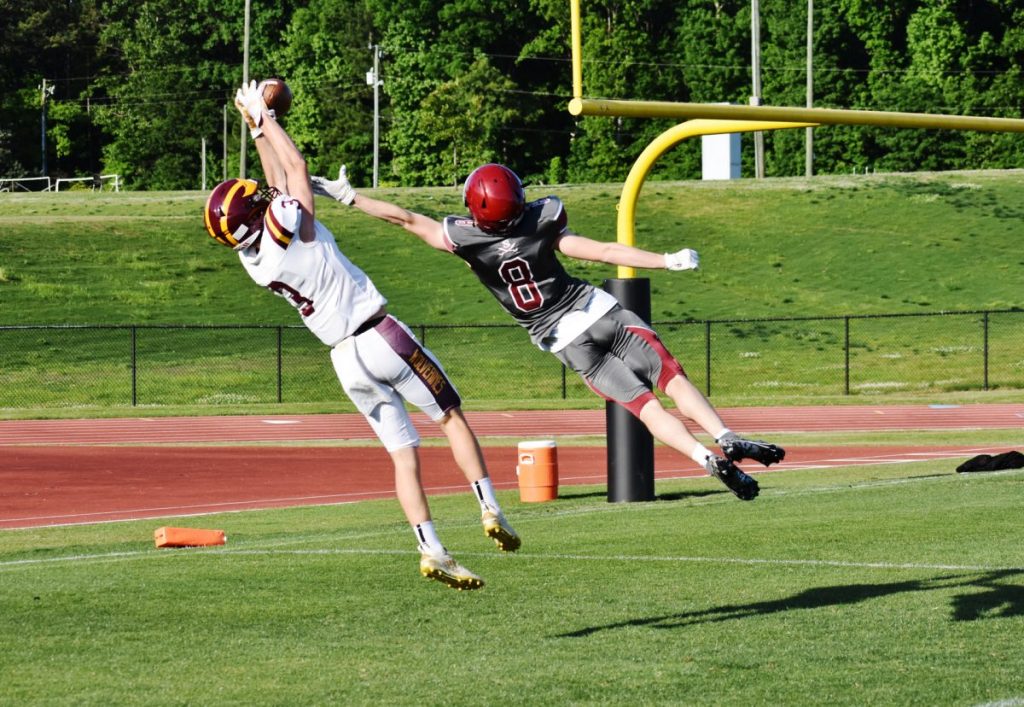 EDDY GIFFORD/Dade County Sentinel
The Wolverines Brodie Swader makes a big effort but could not hang on to the ball in action last week against Southeast Whitfield. He would later make a couple of touchdown catches to help the Wolverines to a big 42-21 win over the Raiders.

DCHS picked up a big win over the AAAA Raiders 42-21 to cap off a successful spring practice and begin preparation for the coming fall season.

Head coach Jeff Poston shares his thoughts on the spring game as he heads into his second season as coach of the Wolverines.

“The goals for spring were to find a quarterback, find some depth, and build momentum heading into summer workouts.

The overall take away from the game was positive. Kaden Moore rushed for 152 yards, and Brody Cooper threw for 183 yards. The offensive line was definitely more physical than a season ago, and that is a huge positive.

We missed opportunities to do some things we wanted to do. The game kind of dictated us away from a couple of things. I wanted more carries for Dylan Dwyer, and I wanted more touches for David Cole, but we just did not execute at times, so we had to improvise.

Defensively we were aggressive, and we were in the right spot most of the time, but we blew a third and 15 and we gave up a score on a long pass because we did not understand the situation. I was extremely happy to see us gang tackle instead of standing around watching. The film of the game has definitely given us some things to coach situation wise.

I am extremely proud of all the kids. We expected it to be a sloppy game. We only had eight practices and a walk through, and we had a lot to learn in that short time. I think everyone played together and we looked like a team.

I am excited about what we can accomplish this year with this group of kids. I would also like to give a shout out to Abigail and Caroline Tremmier for making all six extra point attempts. That was definitely a promising sign,” Poston said.

The Wolverines played hard, and a lot of players got on the field as the coaching staff worked hard at keeping players from having to play both sides of the ball as they had to do last season.

Numbers were up as about 60 players dressed for the game and saw some action. As summer workouts begin the prospects for fall are promising as they continue to work to bring Wolverine football back into contention.
After last weeks performance DCHS fans can look forward to the fall season and the high expectations these Wolverines have for the coming season. 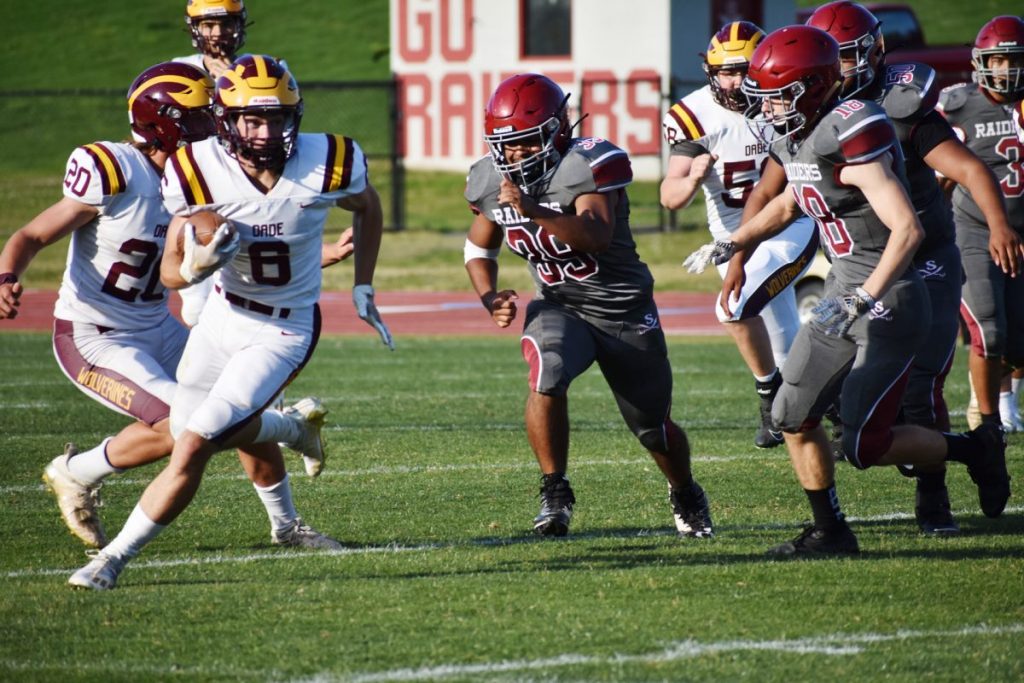 EDDY GIFFORD/Dade County Sentinel
BIG RUN The Wolverines Kaden Moore breaks a big run against the Raiders during last weeks scrimmage. He racked up 152 yards as the Wolverines claimed the spring win, 42-21.