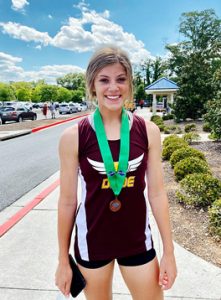 They did not disappoint as they both represented the Wolverine family well.

Stella Henry took fifth place in the 300 Meter Hurdles. This was an outstanding finish considering she fell on the first hurdle, quickly regained her composure, and raced to a fifth-place finish. Not many athletes could manage such a recovery, much less finish fifth.

Ian Byrd also represented DCHS well in the Pole Vault. After finishing fifth in the sectionals to qualify he put in an awesome performance and finished third at state with a height of 12’6″ and set a school record.

Congratulations to both these Wolverine athletes for representing their school at the state championship meet.
Bright things are ahead for the Wolverine track and field teams. 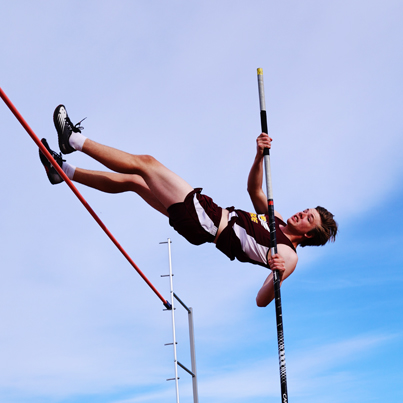 Photo courtesy of Rusty Cooper
Ian Byrd finished third at the state track meet last week in the pole vault with a height of 12’6″.