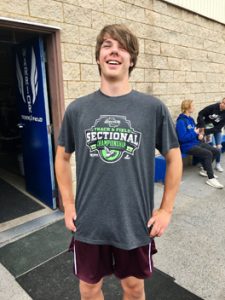 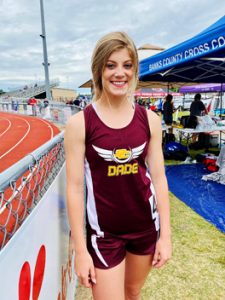 The Dade County High School Wolverine track teams traveled back to Gordon Central last week to compete in the AA Sectional Regions 5, 6, 7, and 8 track meet. Qualifiers at this meet advance to the AA state finals at McEachern High School.

The Wolverines had two qualifiers for the state meet. Stella Henry qualified in the 100 Meter Dash with a time of 12.84 and the 300 Meter Hurdles with a time of 47.51, taking first place in the hurdles.

DCHS had one of its best years in track and field and have a bright future with several competitors returning next year. All the participants and coaches are to be commended for their hard work.

Good luck to the state qualifiers as they travel to McEachern High School in Powder Springs, May 13-15 for the state championships.