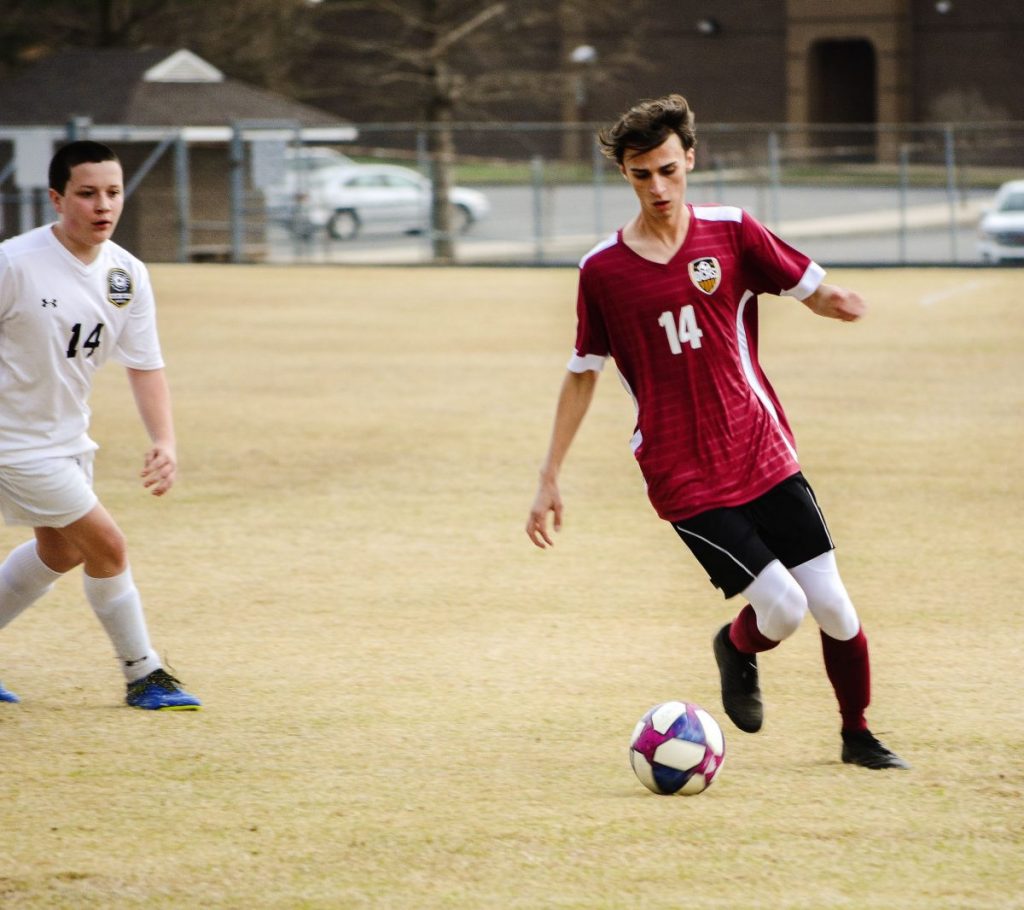 Contributed photo
Shade Knight dribbles down the field during last week’s soccer game with Lookout Valley. Knight went on to score a goal for the Wolverines.

The Wolverines found the back of the net ten times within the first 20 minutes, pinning back a young Lookout Valley side and running up the tally.

Danny Darby opened the scoring two minutes into play with a shot from the left flank. Chandler Bailey quickly followed with two goals of his own, both on assists from Josh Tinker.

Bailey then returned the favor, assisting Darby for his second. Up four goals in the first few minutes of play, Tinker tacked on the fifth, and Javier Mayo added a sixth shortly after.