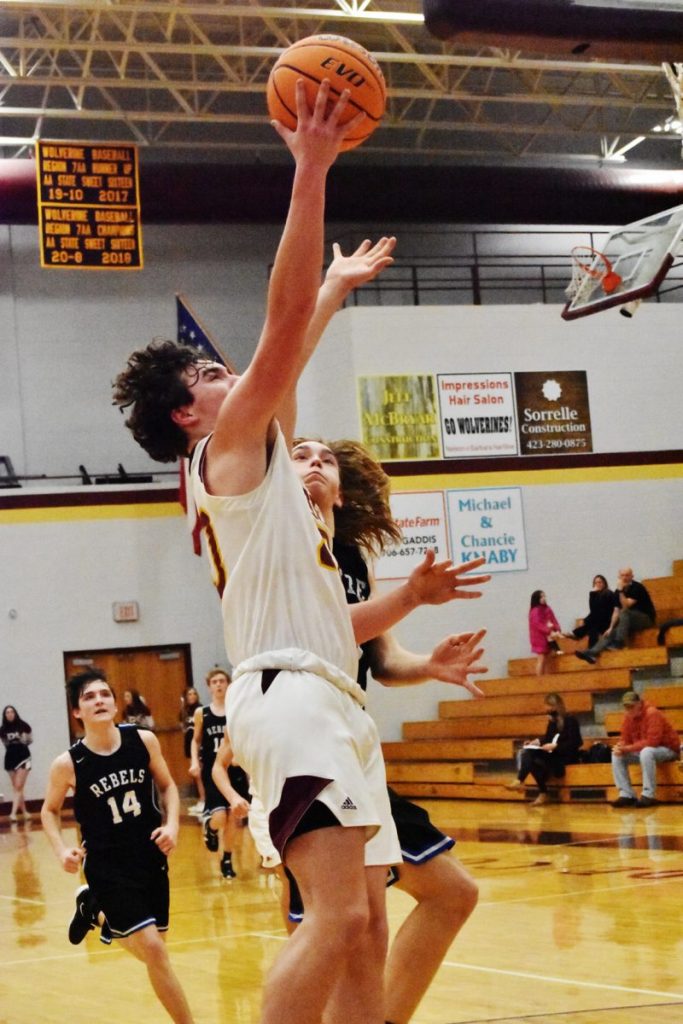 The Dade County High School Wolverine basketball team traveled to Chattooga High School last Thursday night to play their first game in the Region 7-AA Tournament against the Pepperell dragons. It was a big game for the Wolverines as a win would qualify them for the state tournament and a loss would end their season. They had finished the regular season as the third-place team in region, a vast improvement over the past several years.

Dade got off to a good start against the Dragons jumping out to an eight-point lead and ending the first quarter up 20-12.

The Dragons would cut that lead in half in the second quarter, but the Wolverines were still up, 34-30 at the end of the first half.

DCHS would struggle in the third quarter, giving up the lead for the first time since early in the game and trailed by one heading into the fourth quarter, 46-47.

The fourth quarter was a real battle as the lead changed several times and with the game tied 65-65 with just seconds left the Wolverines had the ball out of bounds.

The inbounds pass went to Brody Cooper who drained a three-point shot as time ran out giving the Wolverines a 68-65 win and a spot in the state tournament.

The Wolverines were back in action Tuesday, Feb. 16 against Model as the tournament continues with the finals being on Thursday.

The Wolverines closed out region play earlier last week with two games. On Monday they traveled to Coosa to face the Eagles.

DCHS seemed to get it together in the third quarter as they rallied and took a one-point lead into the fourth quarter, 50-49.

The Wolverines were clutch down the stretch and came away with a big 71-69 win over a good Eagles team and secured the third seed in the region.

Gabe Costley led the Wolverines with 14 points followed by Cole, Swader, and Brett Kay with 13 points each.

On Wednesday, Feb. 10 the Wolverines hosted Fannin County in a game that was really over by the end of the first half. Dade took a 17-13 first quarter lead and then dominated the remainder of the game.

They outscored the visiting Rebels 18-4 in the second quarter and led at the end of the first half 35-17 and it was easy sailing from there.

The Wolverines really poured it on in the third quarter outscoring the Rebels 25-4 to take a commanding 60-21 lead. The fourth quarter was more of the same and Dade closed out the regular season defeating Fannin County 77-30.

This week the Wolverines resume play in the Region 7-AA Tournament at Chattooga High School. They faced the Model Blue Devils on Tuesday. A win puts them in the finals on Thursday at 8:30 p.m., while a loss puts them in the consolation game at 5:30 p.m.

Regardless the Wolverines are headed to the state tournament for the first time in several years. Congratulation to the Wolverine players and coaches.