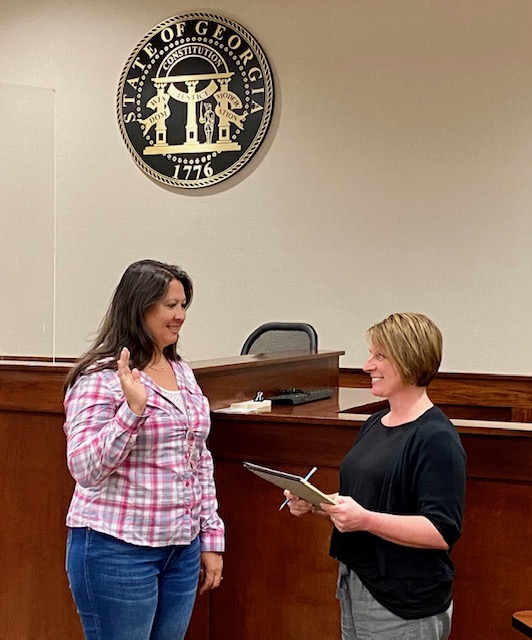 Contributed photo
Melissa Christiansen Bradford, Allan Bradford’s daughter, was sworn in as the interim Dade County District 4 Commissioner on Wednesday, April 7, by Judge Kerri Carter. Bradford will hold the position until the November election. Bradford can be reached by calling (423) 413-0245 or by email at Mcbradford@dadecounty-ga.gov.