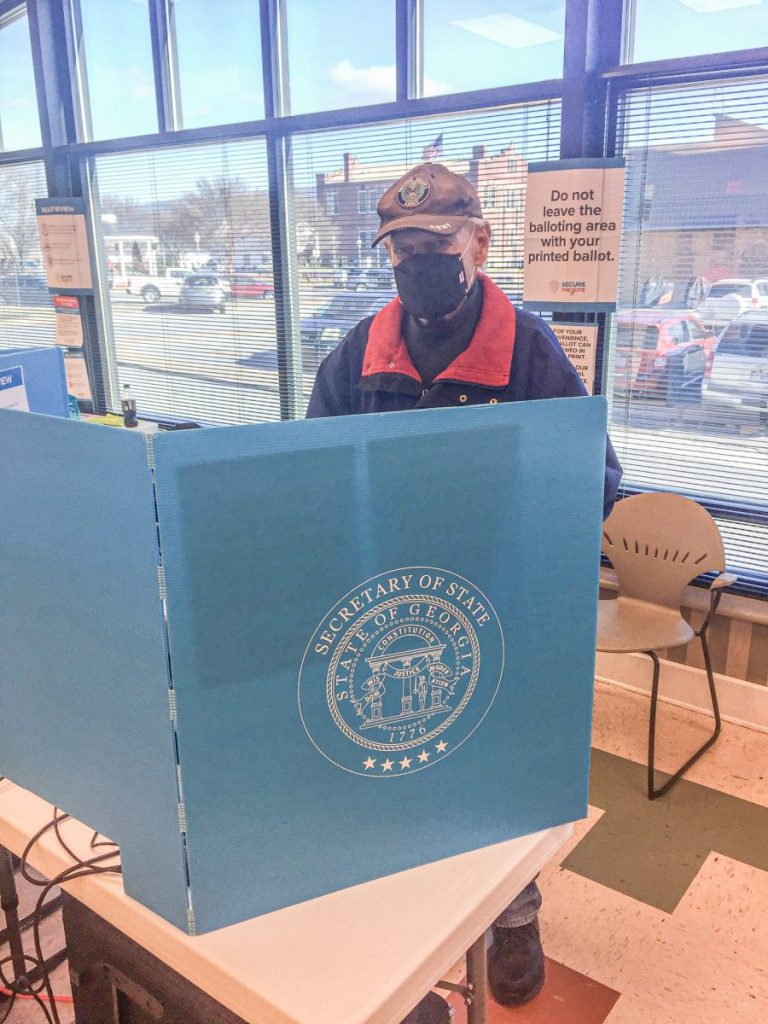 REBECCA HAZEN/Dade County Sentinel
Lewis Price, of Rising Fawn, votes in the Senate runoff election on Monday, Dec. 21. Early voting was held throughout the month of December. The election is on Tuesday, Jan. 5.According to Board of Elections member Carolyn Hixon, 2,065 votes have been cast as of Monday morning, December 28. 7,479 voters cast a vote in the November presidential election, or 64.14 % of Dade County’s registered voters. “I don’t know if we will have that 64 % again, but we should have a good percent,” Hixson said.