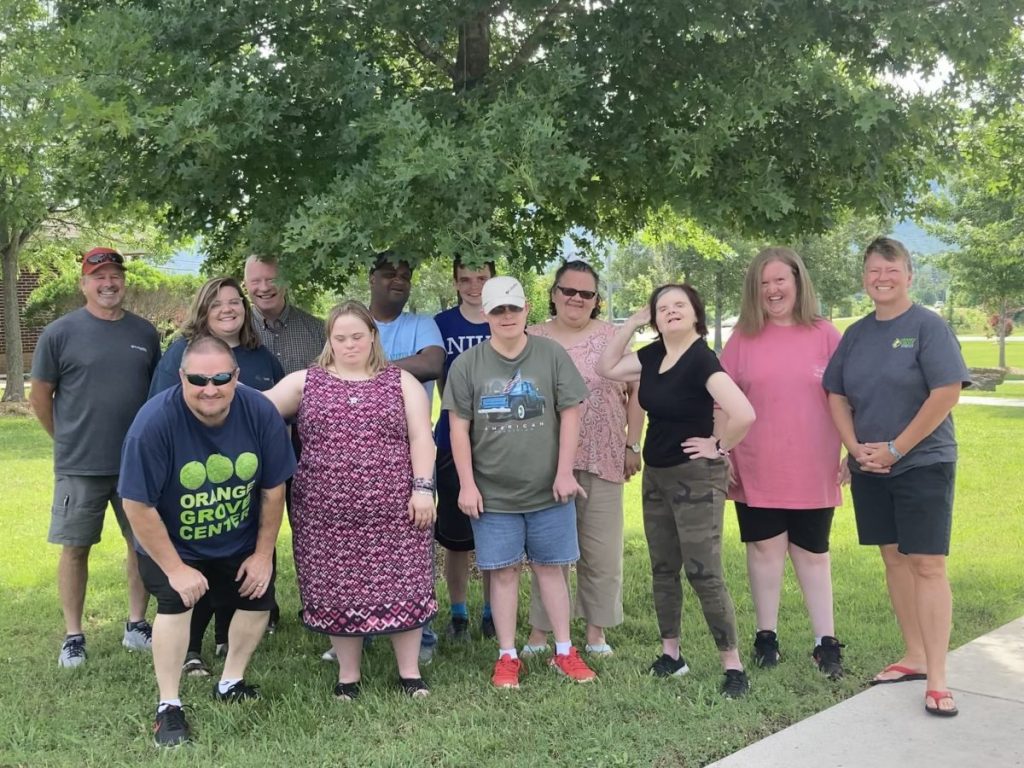 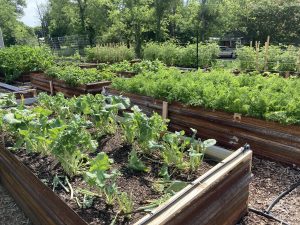 Members of the Orange Grove Center, with the Trenton United Methodist Church (TUMC) are partnering together to help underserved families by distributing vegetables that were grown in the church’s community garden.

The Orange Grove Center, based in Chattanooga, Tenn., and north Georgia, provides community-based services such as employment opportunities and day programs for individuals with intellectual and/or developmental disabilities.

The TUMC community garden was started last fall, with just three raised beds. The growing seasons have been successful, and the garden has since grown to 25 beds. There is room to expand, if the need arises.

“This year we had a lot of people who were interested. We added beds and then had more response, so then we added even more. We have been blessed, and that is what the garden ministry is all about, blessing people along the way,” Jim Reeves, lead organizer of the community garden, said.

“I had no idea how much work was involved in a community garden until this. Jim has worked really hard. We couldn’t do this without him, he knows vegetables,” Dennis Flaugher, pastor at TUMC, said.

Reeves estimates that about 25-30 people, including Orange Grove Center, help with the garden.

The garden is currently growing yellow squash, potatoes, carrots, collard, tomatoes, beans, and more. Community member Ernie Ponder is also growing dahlia flowers in the garden, which will be given out to local shut-ins.

The produce is distributed to Tri-State Food Pantry, Lookout Pointe apartments, and to the Dade County Schools.

“The distributors for all of this is Orange Grove. It’s a wonderful ministry for them, because they look for ways to get connected to the community. They love getting to take the little field trips,” Flaugher said.

Flaugher continued, “This is all targeted toward the ‘can nots.’ They cannot go to Food City; they cannot go to Ingles. There are people out there who simply cannot afford food.”

On Friday, June 10, the Orange Grove Center members went to the school’s Central Office to drop off produce, to then be distributed to families by social worker Kristin Barrett.

“I like sorting and washing the vegetables. I like getting to see friends when we give out the vegetables,” Abraham Krahn, a member of the Orange Grove Center, said.

“They love being able to participate in a community activity. They love volunteering and helping out, and this is a great opportunity for them to do so. This gives them an opportunity to get job skills and skills for communicating with other people,” Amy Morgan, case manager for Georgia Services, said.