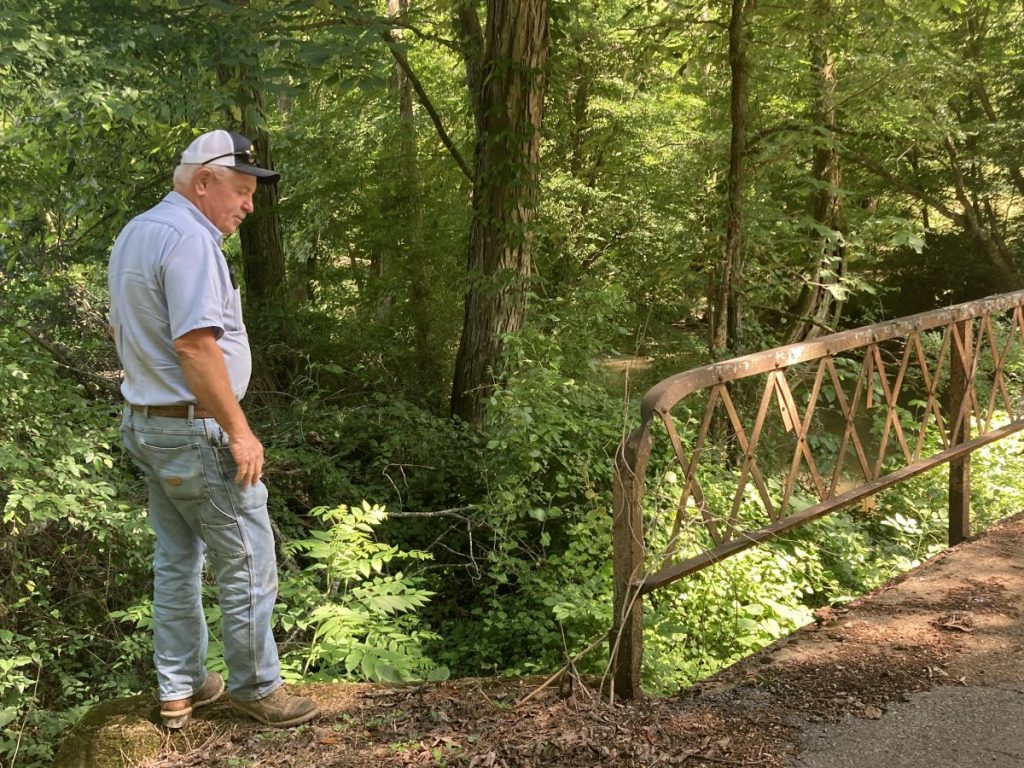 REBECCA HAZEN/Dade County Sentinel
Public Works Director Billy Massengale stands at the edge of the Old Cloverdale Road Bridge in Dade County. Massengale says that all of the bridges in Dade County are structurally safe, and are inspected by GDOT every few years.

After a string of phone calls from concerned citizens, Dade County Executive Ted Rumley and Public Works Director Billy Massengale want to ensure the community that all the bridges in Dade County are safe.

“About 10 people called. There must have been some report on the news a few weeks ago about the nation’s bridges. They were concerned. There was also a recent report about Georgia’s bridges and how bad they are, especially in rural areas. I reckon that is what sparked it. I was surprised when I got the first call,” Rumley said.

Rumley noted that there are some local counties, like Chattooga County, that in fact do have some run-down bridges, but thankfully Dade County is not in that position.

“They list every bridge in the county and things we need to do. It might be to move rocks or gravel, cutting vegetation, or joints,” Massengale said. “They have been very good about helping us.”

“When we get that report we follow up on that in a week, two weeks’ time,” Rumley said.

“We’re in good standing with GDOT. If we see a problem, we take care of it. We drive the roads daily, or at least weekly. I was told that the other counties would be tickled and proud to have the bridges in the shape that we have,” Massengale said.

Massengale credited his road department crew and noted that they all work hard. This is the first time the department has eight employees since the start of the pandemic. During the pandemic, there were only four employees.

Rumley and Massengale both noted that they are lucky to have Bill Wallin, a bridge builder in the county.

“All these bridges that run up the interstate were built by him. He works for us for pennies on the dollar,” Massengale said.

“He’s retired, he’s in his 80s, but he comes in and helps guide us to fix them,” Rumley added.

According to Massengale, there have not been any recent major issues with the bridges. The biggest issue was that a groundhog dug underneath the approaching ramp of the bridge on Cloverdale Road. A couple of years ago, GDOT requested that the Deer Head Cove Road bridge beams be cleaned and repainted. Other times, the signs that list the weight limits, called postings, need to be updated, or the signs need to be replaced.

“As of right now, I am not aware of any issues with any of the bridges in the county, structural, appearance, or signage,” Massengale said.