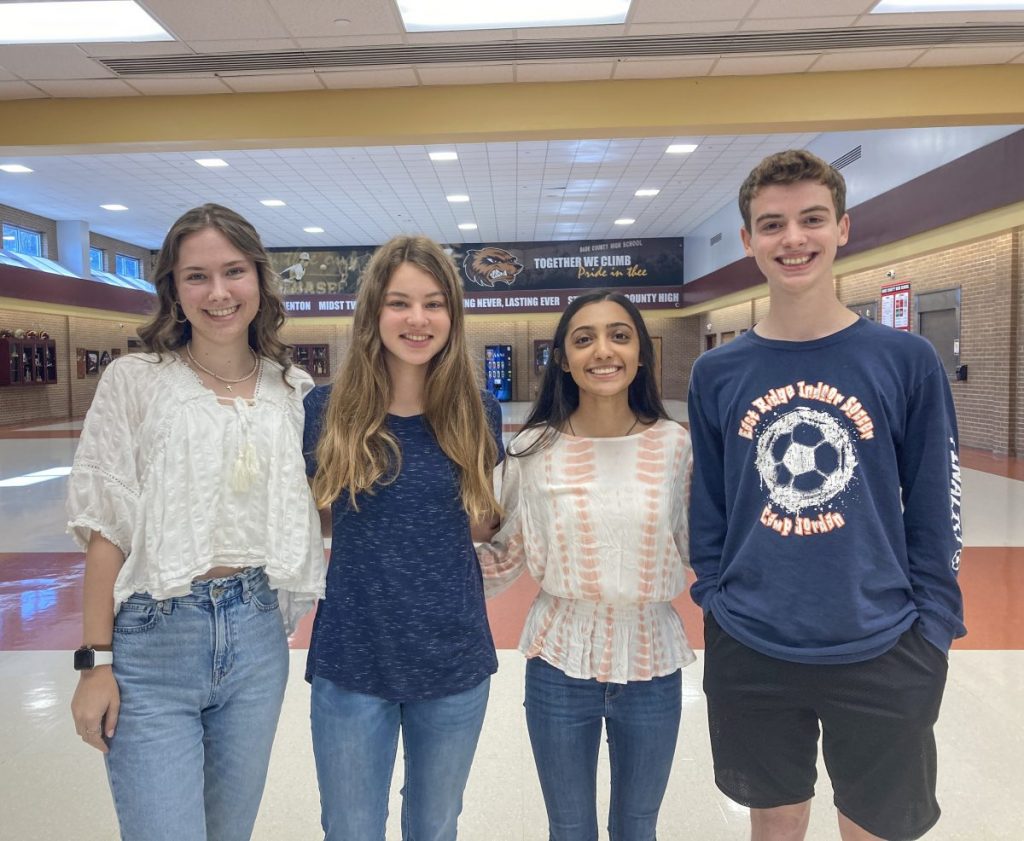 Another school year has ended, and the Dade County High School Class of 2022 seniors are gearing up for graduation and preparing for their lives after high school.

The top four group gathered together to reminisce about their time at DCHS, their upcoming plans, and their hopes for the future.

All four students said that their favorite teacher was Dr. Doug Bailer, who teaches science.

“He genuinely wants to teach you and he wants you to succeed,” Kidd said.

“He was a good teacher, and he is a funny guy, which made it more enjoyable to learn. He was also understanding,” Ballard said.

Evearitt said that both Dr. Bailer and math teacher Stan Gibby were his favorites.

“They have taught me the most out of everyone,” Evearitt said.

The top four share the same hopes, that their fellow students and teachers will remember them all as hardworking, being friendly, and willing to help others.

This summer before college, the group of four all have different plans. Kidd will intern at Coca-Cola United. Ballard will travel with her family. Patel wants to do a lot of college preparation. Evearitt wants to relax and play sports.

When asked what they hoped for themselves for the future, all of them had a similar answer, that they hope to be successful and content in their careers.

“Try new things, new clubs and activities. A lot of freshmen think that grades don’t matter, but they do. So, work hard and try your best,” Kidd said.

“Don’t let the thought of high school overwhelm you. It is going to be different, but it will be a good different. Just relax and be yourselves,” Ballard said.

“Try not to procrastinate. It will overwhelm you,” Patel said.

“Take as many AP and dual enrollment classes as you can. It will help in the future,” Evearitt said.