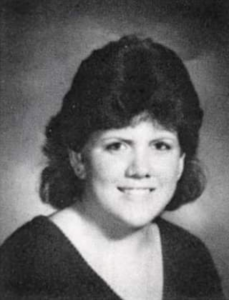 A woman who was found dead in Dade County in 1988 has been identified as Stacey Lyn Chahorski of Norton Shores, Mich., a woman who was reported missing for 33 years.

According to Georgia Bureau of Investigation Special Agent in Charge Joe Montgomery, on Friday, Dec. 16, 1988, two Georgia Department of Transportation workers found her body near I-59 northbound, about five miles from the Alabama state line. It is now known that she was 19 years old at the time.

Joe Montgomery noted that the cold case had finally been solved due to advancements in genealogy DNA.

“We didn’t start using DNA until the late 90s. At this point, we had evidence that had not been submitted. In the mid 2000s, myself and another agent picked this case up. We had the DNA submitted, and had a profile developed. But the profile didn’t match anybody. So, we went to genealogy DNA, which gives us more leads to follow. Once we had a general idea that it was her, she was identified by her fingerprints,” Montgomery said.

Chahorski has been buried in Dade County all this time with a Jane Doe grave marker. She will be reunited with her family.

Montgomery thanked the combined efforts and the dedication of the Dade County Sheriff’s Office, the FBI, and the GBI agents.

“This is the fourth cold case that the agents have either brought a killer to justice, and/or brought the identified victim home,” Montgomery said. “Today marks the day where we hunt for the killer now.”

Special Agent Tim Burke, with the FBI in Atlanta, also thanked the FBI offices in Baltimore, Md., and Grand Rapids, Mich., as well as the Norton Shores Police Department and Othram Inc., a private laboratory in The Woodlands, Texas.

“Without the advancements of DNA technology, we wouldn’t have been able to be of assistance, and have this success. We are grateful for that,” Burke said. “I was lucky to be a part of a team to notify Miss Mary Beth, the mother of Stacey Lyn. We were able to bring her a little peace.”

“These agencies worked this case nonstop since the body was discovered. I give them all the credit. They have done a great job. If this was a murder, we hope that we will bring justice for the family,” Sheriff Ray Cross said.

According to namus.nij.ojp.gov, the National Missing and Unidentified Persons System, part of the Department of Justice, Chahorski’s mother Mary Beth reported her daughter missing on Jan. 17, 1989, to the Norton Shores Police Department. She last heard from Chahorski on Sept. 15, 1988. The original police report stated Chahorski was traveling from Knoxville to Chicago.

This joint investigation remains active and ongoing. Anyone with information can submit anonymous tips by calling 1-800-597-TIPS(8477), online at https://gbi.georgia.gov/submit-tips-online, or by downloading the See Something, Send Something mobile app.