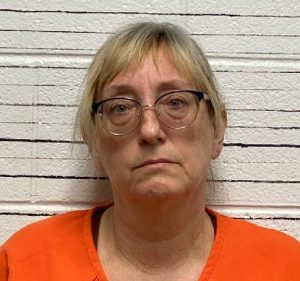 Dade County Sheriff’s Office arrested Dr. Catherine Turner, 60, of Ringgold after an unloaded gun and ammunition were found at the Dade County High School on Tuesday morning, March 8.
Turner found the handgun herself, which was in her own classroom.

School Superintendent Josh Ingle sent an email out to all parents after the incident, and a press release was later sent to the community.

“At approximately 8:10 a.m. this morning, a teacher at Dade County High School discovered an unusual box located under a shelf inside the classroom. The teacher immediately notified the DCHS administration and law enforcement. The box contained an unloaded gun and was immediately taken by a Dade County Sheriff’s Officer. The officer, along with other Dade County High School personnel conducted a thorough search of the classroom and no additional weapons or ammunition was found. All students are safe and there have been no additional disruptions,” Ingle’s press release said.

“The firearm was located under a bookshelf and unloaded but had 10 rounds of ammunition inside the gun case. The School Resource Officer immediately took possession of the firearm,” Payne said.

The press release continued, “Dade County Sheriff’s Office and the Dade County School Board take all instances like this very seriously, and we are investigating this aggressively. Sheriff Cross has requested an additional presence of law enforcement at the schools today, just as a precautionary measure. This was discovered by an observant and vigilant teacher and handled well by the school system.”

According to Poston, Turner had taken several cardboard boxes from her widowed mother’s garage, thinking they were all art supplies. Her mother’s house is being cleared out as she recently moved out. The art supplies were brought to the school, so teachers and students would be able to use them.

“Dr. Turner found the handgun herself in the classroom, and notified authorities, as anyone would think would be the appropriate response,” Poston said.

Poston continued, “She is not a rule breaker. She doesn’t keep guns in her house, she didn’t recognize the gun as belonging to her late father. She didn’t realize that that was a case that came from that box. She may have had a lapse of memory. It may have been there for days.”

Turner was released from Dade County Jail, after her $1,500 bond was made, but she is not allowed to return to the school.

Poston noted that Turner had planned to retire at the end of the school year.

“This is a terrible way to end her career. I am just asking for this to be resolved in a positive way. She can’t go back to the school, which can be modified if the school would do the right thing. It’s just a sad way to end a great career in education and it’s shameful,” Poston said

Ingle was asked if he had any comments about the investigation, but he said he was unable to speak on the matter.

“It is a personnel matter, and I cannot say any more than that,” Ingle said.