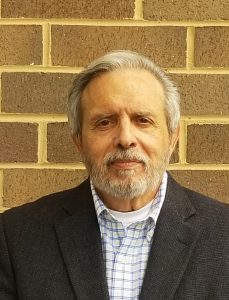 Peter Cervelli, Chair of the Dade County Industrial Development Authority, announced his pending resignation as Chair during the authority’s Tuesday, Feb. 22 meeting. Cervelli has been Chair since January 2021 and involved with the IDA since 2013.

“Economic development is all about teamwork. I have had the great privilege of working with a great team in economic development. That includes the other five members of the IDA, our wonderful attorney Robin Rogers, and our Director William Back. Also, our county and city leaders, Ted Rumley and Alex Case, and our colleagues at the four-county Northwest Georgia Joint Development Authority and the NW Georgia Regional Commission,” Cervelli said.

Cervelli continued, “Dade County will see many more changes, and I regret that I won’t be here to see them – but above all the IDA and our partners in economic development have sought to maintain our quality of life; and with my partners and colleagues, we have laid the foundation for good things in the future.”

Cervelli noted that leaving the IDA and Dade County is bittersweet, for he will miss the people and the opportunities, but he is looking forward to relocating to be closer to his children.

“The revitalization of the IDA has come a long way in the last 15-20 years. Peter’s shoes are going to be hard to fill. He has a vast amount of knowledge,” member Evan Stone said about Cervelli.

The IDA held an election for new officers. Cervelli nominated Evan Stone for Chair, which was approved. Larry Case stepped down as secretary, and Dr. James Cantrell took on the secretary position. Sharon Moore will continue as treasurer. George Williams, Chair of the Alliance for Dade, was nominated and approved as a non-member, non-voting, community liaison.

“The IDA will be in good hands with our new Chair, Evan Stone. He knows how important good jobs are. He will work to increase our industrial tax base. He will do everything in his power to ensure that existing employers in Dade County have the resources they need to be successful and provide employment for our community,” Cervelli said.

“Thank you for the opportunity. I have to get up to speed on a lot of things, but I am looking forward to serving,“ Moore said.

“We appreciate you stepping up. We are going to miss your dad, but we are happy to have you,” Cervelli responded.

Vanguard ended last year with about 280 employees. Cervelli wrote a letter to the State Department of Community Affairs and requested an exemption. The state said that because the company did make the requirement before COVID-19 that would suffice.

The county also had a requirement that Vanguard reach 325 employees.

“We extended that last year for Vanguard to meet that requirement in Jan. 2022. Now it is advisable that we consider, do we want to take the same position as the state,” Back asked.

“I believe we do. We can’t hold them accountable for what everyone else is feeling right now in terms of employees,” Cervelli said. “We should relieve them of the same obligations that the state relieved them of.”

In addition, it was noted that the CHI Memorial Family Practice Associates building lease ends on Sept. 30, and the company wants to renew.

A rent increase was discussed, related to last year’s inflation rising seven percent. The authority discussed a raise of three percent or 50 percent of the current consumer price index, whichever would be higher.

Final decisions about CHI Memorial’s rent were not made during the meeting.

The authority also discussed funding for paving of Vanguard Drive. After grant funds, the remaining costs would be about $66,000. The grant money is available through June.

The authority approved $50,000, in their construction fund, to be contributed to the construction costs. Back said that they need to have a discussion with city of Trenton officials, to figure out the rest of the costs. It was noted that the county would contribute in-house labor.

Back also noted that he is working on a map that shows all the property that is owned by the IDA.
Williams gave an Alliance for Dade report to the IDA members. Williams noted that the Alliance now has 102 investors.

The Alliance is organizing a career fair for the Dade County High School seniors on April 5. The Alliance is also working on a Drugs Don’t Work program, offered to investors to help reduce workers compensation expenses.

The IDA went into executive session to discuss real estate matters. No action was taken afterward.
The next IDA meeting will be March 21.