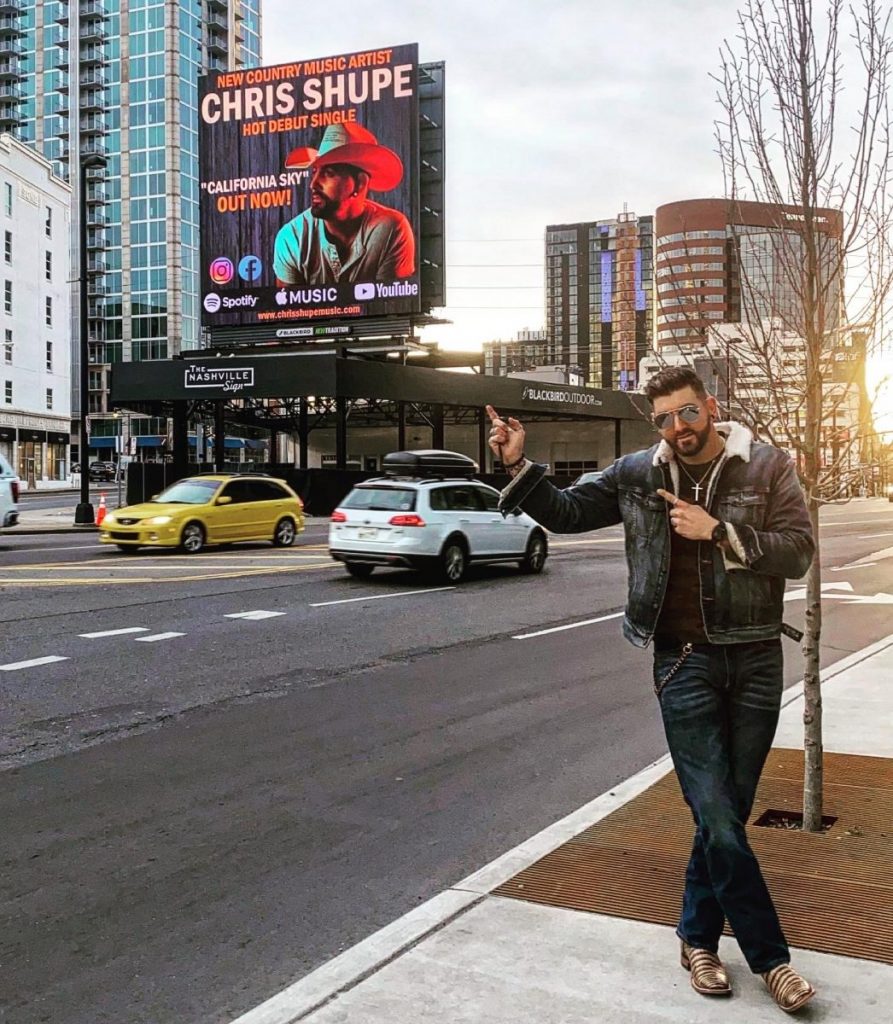 Contributed photo
Chris Shupe, from Dade County, has released his debut country music single, “California Sky.” It can be streamed on Apple Music and Spotify. 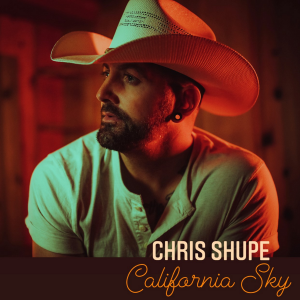 Born in Chattanooga, Tenn., Shupe’s family moved to Dade County when he was young. Shupe now spends his time between Dade County and Nashville to be able to work on his music career.

Shupe originally started out in the rock genre. He was a part of a rock band for 15 years, released three albums, and saw success playing on bigger stages.

“I did well in rock, but I didn’t feel like I was doing the right thing. I was out of my element. I decided to break away from that and go to country. That is what I grew up listening to. My dad was always playing it. It is my roots and the foundation that I built my music on,” Shupe said.

Shupe knew that starting in the country music genre would mean starting from the ground up.

He decided to set up his guitar and case on Broadway Street in Nashville on a Saturday in the summer. He played in the middle of the street.

“I said to myself, this is what will tell me if country music is for me or not,” Shupe said.

After a few hours, Shupe’s guitar case was overflowing with money and business cards. After, he went to Tootsie’s Orchid Lounge to buy a hat and shirt. The bar owner spoke to Shupe and told him that he heard about his recent playing, and he would love for Shupe to play on stage.

“I ended up playing there. It was a huge deal to automatically go straight to that stage,” Shupe said.

Things progressed fast from there. Shupe recorded “California Sky” on Music Row with Grammy Award winning musicians. He has a second single in the works, too.

“I’m on billboards all over Nashville and now I’ve got news people calling me. It just happened out of nowhere,” Shupe said.

Shupe wrote “California Sky” himself and got the idea for the song while he was driving to California. The song is about a couple in a long-distance relationship, living in different states, California, and Tennessee.

Shupe notes that he has enough material to record a whole album, but being a debut artist, he is going to take things slow for now. He will release his second single, and then will look into releasing an extended play record.

“I am also looking into booking some tours,” Shupe said. “My main goal is to play at the Grand Ole Opry. That would satisfy my soul.”

Shupe estimates that he has written over 100 songs that have never been released.

“I’ll wake up in the middle of the night and I have a melody in my head. I jot it down on my cell phone. I think county is easier to write then rock, but it is completely different. County tells a story. That is what I love about it. It is easy to tell a story especially if you’ve lived it,” Shupe said.

“California Sky” is available to purchase now and can be streamed on Apple Music and Spotify. For more information, visit chrisshupemusic.com.

“I feel like I am where I am supposed to be. It comes naturally. I am very excited to see where this is going to go,” Shupe said.