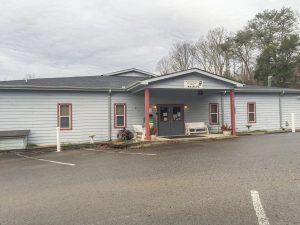 REBECCA HAZEN/Dade County Sentinel
Students ages two and up returning to Dade Head Start after the Christmas break will be required to wear a mask, except for nap time and meal times. The mask mandate was set by the Biden administration.

A new mask mandate, set by the Biden administration, is in place for children at Head Start schools, which would require children ages two and up to wear a mask. Parents and Dade Head Start administration spoke out against the decision.

Parent Cathy Pangle Waldon is raising her two-and-a-half-year-old granddaughter, Arya Fields, who attends Dade Head Start in Trenton. Waldon intends on pulling Arya from the school because of the new mandate.

“There is no way you can expect a two-year-old to keep a mask on all day. We were told that the children would be encouraged. I don’t even want her to be encouraged to wear it,” Waldon said.

Waldon noted that there were a group of parents waiting outside the Head Start to pick up their children when they were handed a letter about the mandate, signed by Paula Bacon, Program Director of Family Resource Agency of North Georgia.

The letter says, “Dear Parents and Guardians, As you know, we always try to maintain the most safe and healthy environment for our children, employees, and families. However, after President Biden released his plan for the vaccine mandate, the Office of Head Start (OHS) developed new regulations to reduce and prevent the spread of COVD-19 even further than the actions we have taken over the past year and a half. Monday, we participated in a webinar with the Director of OHS, and a new regulation was presented that is in effect as of Nov. 30, 2021.”

“The regulation change that affects your child(ren) is: Anyone two years and older must wear facemasks while inside with others. Masks for children won’t be required at nap time or during drinking and meals. There are some exceptions for medical reasons that can be approved, if necessary.”

“In order to continue receiving funds to provide Early Head Start, Head Start, and Child Care Partnership programs, we have to meet the new regulations.”

Head Start was not prepared with enough masks, so the letter went on to inform parents that the mask requirement would begin after Christmas break.

“A lot of us parents talked that day that they handed out the letters. We all said we would take our children out of pre-k. I don’t know how many will go through with it, but I will. I plan to stand by what I said,” Waldon said.

Waldon continued, “I am not an anti-vaxxer, I am not a conspiracy theorist. I believe that you can have antibodies. I believe it should be a personal choice and you have a personal responsibility for your health.”

Waldon noted that she is trying to get the word out to everyone about the new mandate. She has sent the letter to each of the County Commissioners and was told that it would be sent to Senator Jeff Mullis.

“My hope is that this is not a requirement. They don’t have to masked while they are sleeping or eating. Is COVID so smart that they don’t breathe it out while they are napping? The children are learning facial expressions, social skills, so it also affects that. Arya loves school and she needs school. But the mask requirement – I just can’t do it,” Waldon said.

Dade Head Start Center Manager Lisa Payne-Rice wanted people to know that this was a Biden administration decision, and not a Head Start decision.

“I have been with Head Start for 34 years, and this is one of the worst decisions for our kids and our families, and the staff, that has ever been made,” Payne-Rice said.

The Sentinel reached out to the Georgia Head Start Association’s Family Resource Agency of North Georgia but did not hear back before press time.

The Office of Governor Brian P. Kemp issued a press release on Dec. 21 informing citizens that Georgia has filed a lawsuit to challenge the Biden administration’s Head Start vaccine and masking mandate.

“As enacted by the U.S. Department of Health and Human Services on Nov. 30, 2021, this mandate applies to all programs funded by Head Start, including some programs administered by Georgia’s Department of Early Care and Learning (DECAL). Specifically, it requires all Head Start staff and certain contractors and volunteers be fully vaccinated by Jan. 31, 2022, and that masks be worn by all Head Start children two-years of age and older, effective immediately,” the press release states.

“This is just the latest and most egregious in a growing list of overreaches by this President,” said Governor Kemp in the press release. “It is all the more troubling and inexcusable, given this mandate directly impacts and impairs our children. As with our prior lawsuits against the administration’s unwarranted and inappropriate decisions, we will not rest in this fight to protect the rights and choices of Georgia’s families, especially when it comes to our youngest citizens. We will not allow these policies to invade our classrooms, teaching the wrong lessons about the role of government to growing minds.”