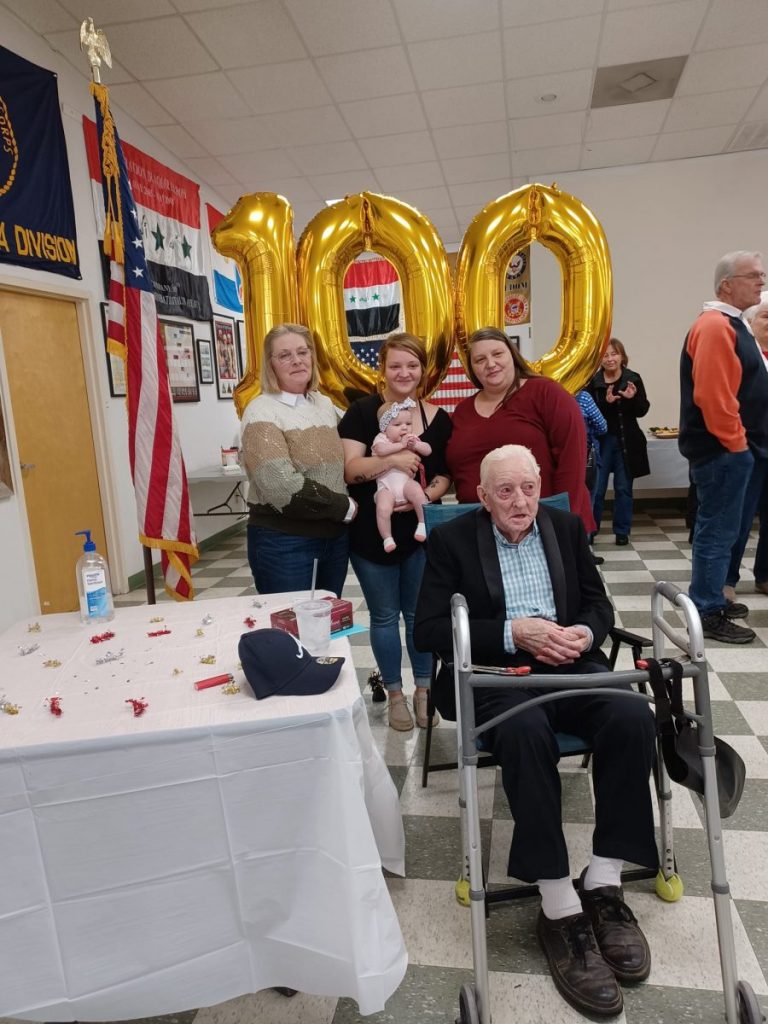 Clyde was born to Ben and Malinda Bridges Castleberry on Nov. 27, 1921, in Rising Fawn. Warren G. Harding was president at the time. He had nine brothers and sisters. Clyde served in the U.S. Army during WW II. He was in the Army’s 130th Infantry and was a military policeman. As a policeman, he served in California, the Philippines, New Zealand, New Guinea, and Australia. He didn’t like to talk about the war at first, but now he enjoys sharing stories. Clyde is a member of the American Legion Post 106.

Clyde married his wife Agnes on Feb. 2, 1951, and they had two daughters, Nancy and Malinda. His grandchildren are Tabatha and Adam Stephens and Alex and Brandon Pell. Clyde also has two great-grandchildren, Tristan Stephens and Alexis Ashburn Murray, and one great-great granddaughter, four-month-old Elaine Marie Ashburn. Other family members include nephews Buddy Blevins, Rex Blevins and niece Linda Atkins.

Clyde’s wife Agnes was an elementary school teacher who taught many years at Rising Fawn School and then at Trenton Elementary (now Dade Elementary). Agnes Castleberry passed away Sept. 15, 1985. His older daughter Nancy has also passed away. Clyde still lives in his own home with daughter Malinda keeping a close eye on him. He still lives on the same property that he was raised on.

“He’s lived a good life, and he’s a hard worker,” Clyde’s nephew Rex Blevins said. “There were about 60-70 people there at his party. He talked to each individual at his party. It was a good time.”