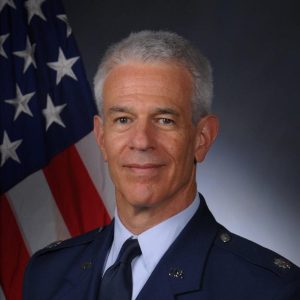 Charles Lutin, a Republican, has announced his intent to run for the 14th Congressional District seat.

This is Lutin’s first run for a public office. Lutin currently lives on the east side of Atlanta and is planning to move to the 14th District on Dec. 1.

“I have been a hospital-based emergency physician for 35 years. I have been a U.S. Air Force flight surgeon for five years. I am retired from active medical practice as of a year and a half ago,” Lutin said.

Lutin has two children, Anne, who is 35, and David, who is 21. A lifelong hobby of Lutin’s is to build small aircraft. He built a Glasair Super II FT aircraft from a kit and fiberglass components.

Lutin said that he has always toyed with the idea of running for public office, but had never gotten serious about it, until now.

“What really has motivated me is what has motivated a lot of people in the country, and that is that I think our Congresswoman in the 14th District is unacceptable,” Lutin said, referring to Marjorie Taylor Greene.

Lutin believes that the economy is an important issue for the 14th Congressional District.

“It is not a wealthy part of the state, generally. There are certainly wealthy individuals in each of the larger population centers of the District, but it doesn’t seem to translate to good employment for the majority of the people,” Lutin said.

According to Lutin, he thinks that there is a lack of diversification in the economy in the area.

Lutin also thinks that employment and an “image problem” are the biggest issues that the district currently faces.

“The people in other parts of the country look at the 14th District and wonder what kind of people might elect Mrs. Greene. I think that having a decent and presentable congressman is a pretty good plan for any district, in any state, anywhere,” Lutin said.

If he wins, Lutin would like to get instated on the Armed Services Committee and the Veterans Affairs Committee.

“I want to make friends in Congress on both sides of the aisle,” Lutin said. “It’s nearly impossible to get anything done if you don’t have friends.”

Six issues that are important to Lutin are term limits for Congress, the Second Amendment, the reorganization of Veterans Affairs (VA), education, law enforcement, and securing the borders.

The right to bear arms is crucial in a free society, but that right is not unlimited, Lutin thinks. No one is proposing to take guns away from citizens, but weapons of war are not properly used by private citizens.

Lutin thinks that the VA system is slow and unresponsive, and it would be better to close all the VA facilities and make veterans beneficiaries of non-government healthcare instead of keeping the current inefficient system.

Education must be fully funded, free of bias, factual, and comprehensive. Lutin is not in favor of free tuition at colleges, but he would like to see a graduation bonus given to graduates of accredited institutions, to be applied to reduction of Federal loan balances as applicable.

On the topic of law enforcement, Lutin thinks that we should and must preserve and protect the service that preserves and protects us. It is also necessary that accountability is always maintained for police actions.

No country is secure without security at its borders, Lutin thinks. However, he also thinks immigrant labor is important and a humane approach must be taken for adults who crossed the border as children with their parents.

Also important to him is the moving forward of the Jan. 6 Commission.

“The Jan. 6 Commission needs to proceed without impediment, a full investigation and a final report. I think, frankly, the present Republican congress and former Republican administration are doing everything to obstruct and interfere with that investigation. That needs to stop,” Lutin said.

When asked what sets himself apart from incumbent Marjorie Taylor Greene, Lutin said, “I don’t mean to make light or ridicule mental illness, but Mrs. Greene has got more issues than Superman comics. I think the woman would benefit from treatment. It’s not her fault if she’s not well balanced mentally, but it is her fault if it’s not treated.”

“I’m not saying that there’s only one person that could be the congressman, but I do have strengths,” Lutin said. “I know about the medical care system, I know about medical care economics, I am familiar with aviation, and I am a veteran. I know how veteran affairs operate. I know how federate agencies operate. I have a lot of experience with emergency management. Whatever happens is not going to panic me, because I’ve seen something worse before.”

Lutin continued, “I’m a moderate and I’m an educated person. I can write a coherent paragraph. I can sit down in a room and talk with just about anybody and find common ground.”

The primary for this seat will be May 22, 2022. Whoever is elected will start their two-year term in January 2023.