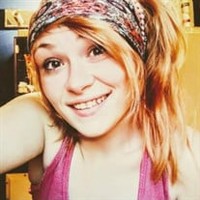 The Dade County Sheriff’s Office has confirmed that the young woman that was found on Highway 299 on Friday, Nov. 5, has been identified as 23-year-old Leea Abigail Raines, from Ringgold.

According to multiple witnesses and surveillance video from local businesses, Jeremiah Douglas, 40, pushed Raines out of a moving vehicle. She was declared deceased at the scene.

Raines’ funeral was held at Moore Funeral Home on Sunday, Nov. 14. Raines is survived by her father, Donnie Raines and brother, Brandon Raines, and grandfather, Billy Hixson of Rossville. Her mother, Starla Hixson, passed away two years ago.

Tammie Chapman Shavers, a cousin of Leea’s father, has set up a Go Fund Me page to help the family pay for memorial service expenses. Any extra money that has been collected will be donated to A Hand Up Ministry in honor of Raines. Donations can be made at https://www.gofundme.com/f/leea-abigail-raines.

Douglas, who resides at Patterson Drive in Wildwood, is on Georgia’s Sex Offender Registry, and he was on parole at the time of the incident. Douglas awaits a bond hearing to be held in front of a Superior Court Judge. The Georgia Department of Community Supervision has also executed a parole violation warrant where no bond is available.

Douglas is being charged with felony murder and probation violation.

“There’s still some investigative work going on. We are working to get all the information we can,” Sheriff Ray Cross said. “Our prayers go out to the family of Miss Raines. I hope justice will be served. I hope they get some closure. I also want to thank my investigators and all the other agencies involved.”