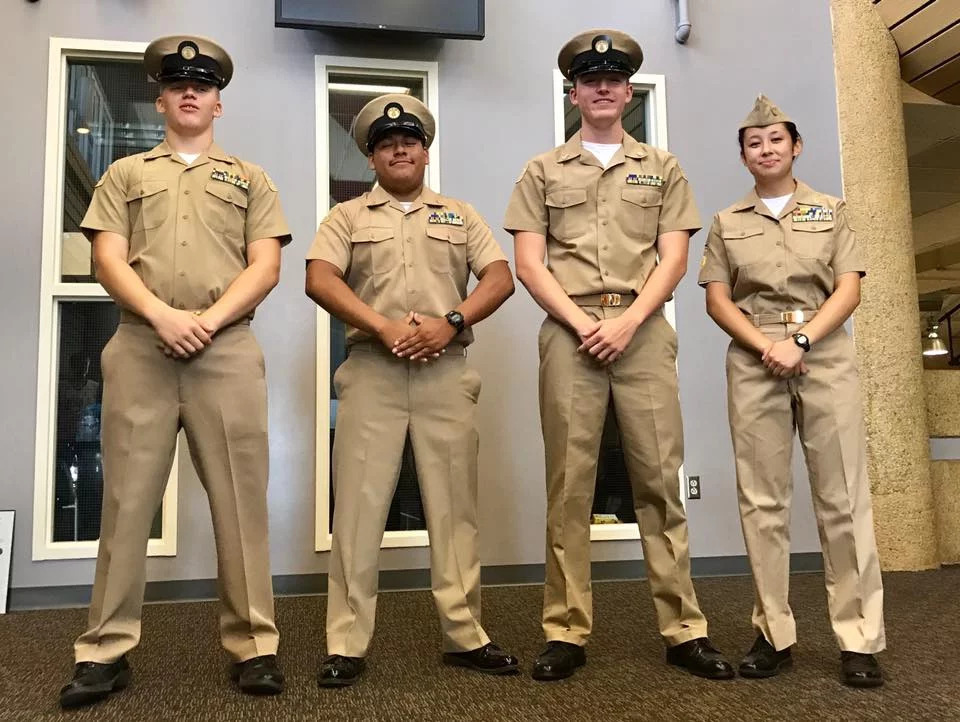 Photo courtesy of chattanoogaseacadets.com
The U.S. Naval Sea Cadets is an organization that teaches kids leadership skills, and military basics. Those who choose to enter the military can enter at a higher rank and higher rate of pay, as a part of being involved with Sea Cadets.

Local school-aged children are encouraged to join the Chattanooga Division of the U.S. Naval Sea Cadet Corps, an organization that aims to provide youth with leadership and discipline skills.

Two members of the American Legion Post 106, in Trenton, Lieutenants Bobby Rivers and Joseph Rimas, are the Commander and Executive Officer, respectively, of the Sea Cadets Chattanooga Division.

The Chattanooga Division has about 25 members, with more expected to join. The division has members from Dade County, and Chattanooga, as well as surrounding areas like Cleveland, Tenn., and Ringgold.

“I’ve been a foster parent for 18 years. I got involved [with the Sea Cadets] because I love working with kids,” Rivers said.

“It is very interesting to be a part of, and I am getting a lot out of it myself,” Rimas said

The Sea Cadets are involved in many activities, like learning how to march. There are also classes such as culinary classes, STEM projects, and the Petty Officer Leadership Academy. They are also taken on field trips, and do volunteer work.

“We put out flags and wreaths at the Chattanooga National Cemetery,” Rimas said.

Members of the program also get the chance to visit and stay overnight at naval ships, like the U.S.S. Alabama and U.S.S Yorktown. They also march in local parades, like the upcoming Chattanooga Veteran’s Day Parade, this November.

“We are the first Sea Cadet unit that has a singing choir. Our goal is to go perform at the White House,” Rivers said.

The Sea Cadets also do class work, where they learn the basics of the military, which is how they can advance in rank.

Those involved have to be drug and alcohol free. They have to show their report cards and maintain a C average.

There is no commitment to join the military, but Sea Cadets who do decide to enter the service are eligible to enter at an advanced pay grade and higher rank.

“When they put their uniform on, they have a big smile on their face. They are proud. That’s what it’s all about,” Rivers said.

River’s son, Jacorean, age 14, is a member of the Sea Cadets.

“At the time, I didn’t know what I was going to do after high school. I knew that if I joined this program I could go to the military, or go to college. Everyone is nice to us, and they teach us what we have to do, so we can teach others, and we can rank up,” Jacorean said.

The Sea Cadets are also involved in competitions, which include judging on appearance, marching, cadences and tying knots.

“Last year, we were one the of the smallest units at Spencer, Tenn. We were in competition with Knoxville, Nashville, Atlanta and Memphis. We came out winning the whole thing. We brought back the trophy,” Rivers said.

Rimas and Rivers noted that donations and volunteers are always needed for the program. Volunteers do not have to be in the military.