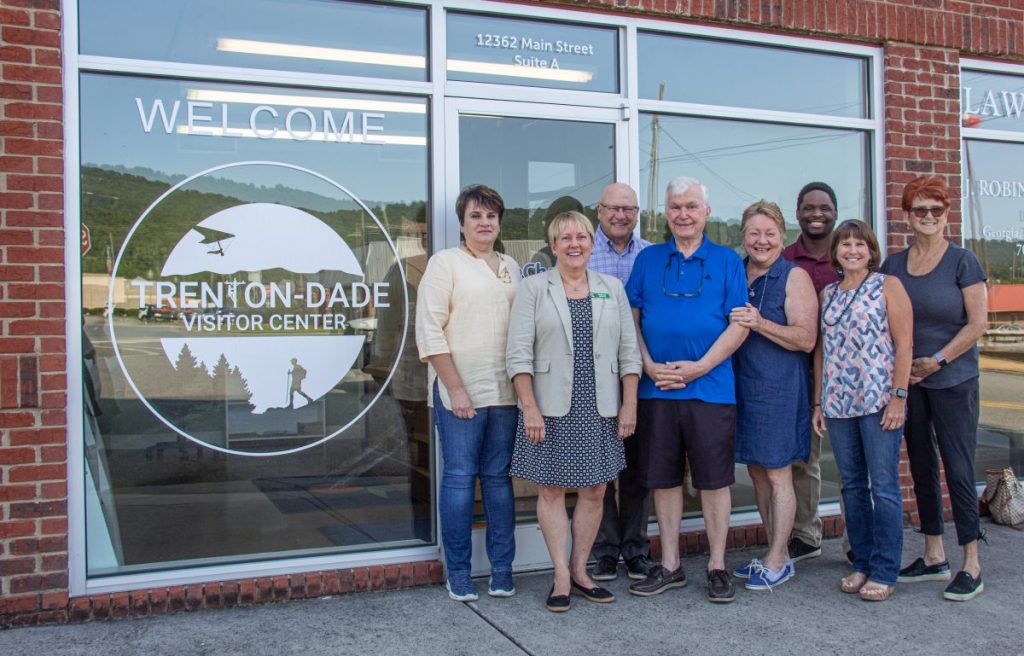 The Alliance for Dade is celebrating its one year anniversary of being formed, and continues to grow and be successful in promoting business and tourism, and enhancing economic and community development.

Chair George Williams and Secretary Marcy Williams discussed about what it took to get the Alliance for Dade started, what the Alliance is about, and what their goals are for the future.

Back in early 2020, William Back and Carey Anderson identified Dade County residents who were involved in volunteer activities and/or were leaders in the community. Knowing the importance of re-establishing a Chamber of Commerce, Back and Anderson held individual meetings with those people and set out a concept for a new chamber.

“When I was looking back at all of this, I thought, ‘Wow, we started with nothing.’ We have really accomplished a lot,” Marcy said.

“The old Chamber still existed on the books. We had to dissolve the old Chamber. We thought a new name was important because we wanted to break the past. We’re the Alliance for Dade,” George said.

Prior to moving to Dade County, the Williams were involved in the Birmingham Chamber of Commerce.

“We learned a lot of things while we were in Birmingham. A few years back, I was on the board of the Dade Chamber of Commerce, and I was frustrated. We were all focused on doing events. What value is there to business if I’m not getting networking capabilities, or seminars? One of our committees, which I think is important, is business services,” George said.

By early fall 2020, the Alliance for Dade was ready to officially launch with the grand opening and ribbon cutting at the Welcome Center.

People are encouraged to visit the Welcome Center, located at 12362 S Main Street, Suite A. The Welcome Center serves as the base of operations for the Alliance for Dade. There, people can find tourism brochures, as well as an art gallery featuring rotating, local artists. Tourism Ambassador Titus Cartwright is there to help people and answer their questions.

Marcy noted that when the Welcome Center opened, one of the biggest requests was for a map of the county, which the Alliance has since been able to provide. They are also working on a second map, which will highlight points of interest.

If someone wants to contribute their time to the Alliance for Dade, they can either be a board member, or a committee member. Board members serve a three-year term, on a rotating basis. If someone has a particular interest, or would like to spearhead a project, they can head a committee to move that concept forward. It could be a permanent committee or a short-term project.

“We put a lot of emphasis on our committees,” Marcy said. “It’s almost more important to be a committee chair. It could be anyone. We want people to get involved, even if it’s just for a two-week project.”

“That has helped us with being able to provide things to our businesses like health coverage and a 401k plan,” Marcy said.

The main goal for the Alliance for Dade right now is to hire a President, to run the day-to-day operations.

“We’re stretched for resources. We are all volunteers,” George said. “We have to figure out how to balance that out.”

The Alliance’s future goals are to offer more programs and to increase the number of investors.
Some of the programs and events that the Alliance has supported and held include Lunch & Learn, Alliance Live! weekly videos, Dade Expo Jolly Holidays, and the upcoming Job Ready Dade hiring event, to be held Saturday, Sept. 25.

Anyone can become an investor, or member, of the Alliance for Dade. There are benefits and fees at several levels, ranging from $50 to $1,000. Become an investor by joining on the website, or filling out a paper application and sending it or dropping it off at the Welcome Center.

The Alliance meets monthly, the first Tuesday of every month, currently over Zoom. The meetings are open to the public.