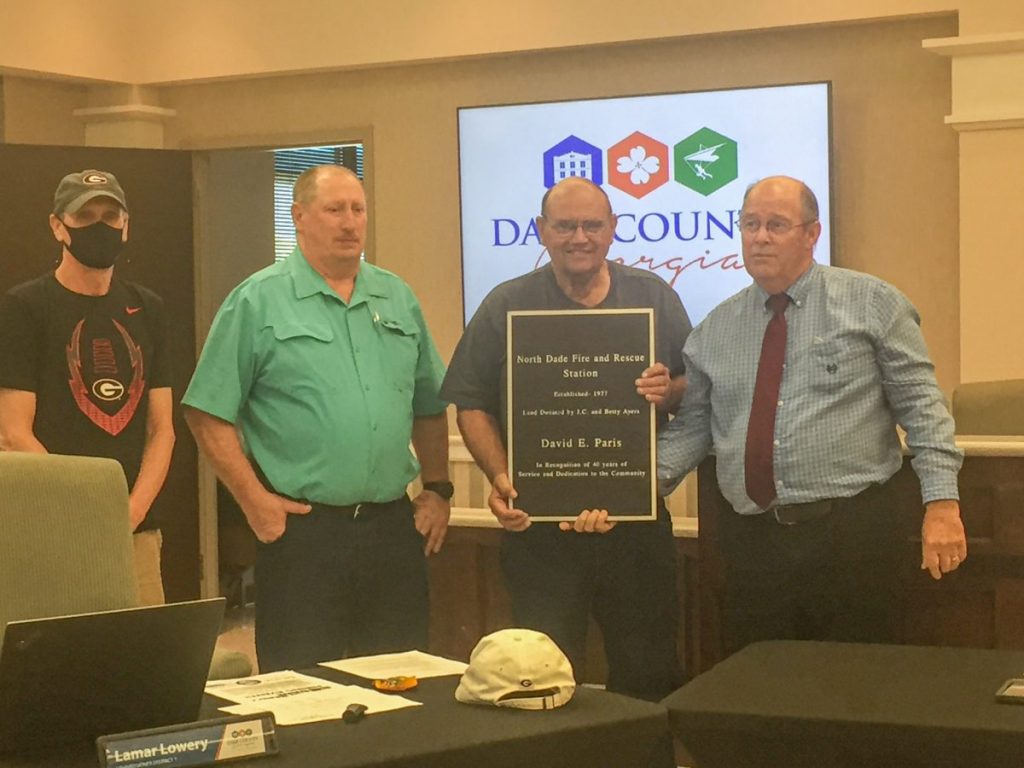 The Dade County Commissioners approved the second reading of the Alcoholic Beverage Control ordinance amendment during the Thursday, Sept. 2 meeting.

The ordinance amendment is to “regulate ABC permit for sale and pouring of malt beverages and wine; establish private venue license; to repeal conflicting ordinances; and for other such purposes.”

“After our last meeting, there were a few changes that were suggested and we incorporated those, the change from 48 hours to 72 was one of them. There was also some clarifying language about on a private venue, whether that’s beer and wine, and distilled spirits, or beer and wine,” Attorney Robin Roberts said.

There was some discussion about whether there should be training materials for pourers, if they can hold a permit for three years.

“There is no state mandate or anything that makes you have a class or take a class. We would like for there to be a class, but there are not multiple restaurants that serve, so they can’t all get together and say let’s have a class on a Monday,” Commissioner Melissa C. Bradford said.

It was also discussed that the ABC board would make this new ordinance effective on Jan. 1, because most of the applications come then. It would also give the board time to possibly look into some online training classes.

“If it was effective today, it could affect people that already have weddings planned. It would be too hard to get them in to get finger printed and get background checks,” Bradford said.

The commissioners also amended the ABC fees and charges.

“We took suggestions from Robin, and looked at other county’s costs,” Bradford said. “I think it is a little high myself, but across the board of the counties that we looked at, they are in the thousands.”

Also at the meeting, David Paris was recognized by the commissioners for his 40 years of service at the North Dade Fire and Rescue Station.

The station was established in 1977 and the land was donated by J.C. and Betty Ayers.

Paris was presented with a plaque that will soon be put on the station building. Eric Ayers, the son of J.C. and Betty Ayers, was also in attendance.

“We appreciate you. You have put a lot of years in. David also served on our school board,” Rumley said.

The commissioners approved proclamations designating the month of September as National Library Card Sign Up Month, and Childhood Cancer Awareness Month. Adult Education and Family Services Week is designated as the week of Sept. 19-25.

The commissioners approved the appointment of Daniel Glecier to the Dade County Water and Sewer Authority, to fill the unexpired term of H. A. McKaig.

Paula Duvall, Chief Assessor at the Tax Assessors office, told the commissioners that the office was audited by the Department of Audits.

“Their job is to come into our office, audit our work, as far as the sales are concerned, our sales ratio. It is the statistical numbers that tell us how well our values we have set up for the properties compare to what is actually selling,” Duvall explained.

Duvall continued, “Across the board, our audit was perfect. Everything went great. We are in line, as we should be.”

Donna Street, with the Dade County Historical Society, asked the board to consider Blevins Construction Management Inc., for construction management of the historical courthouse renovation. The commissioners agreed to table the discussion until they could get more information about the total price of the renovation.

The commissioners looked over a proposed policy for employees affected by COVID-19, but agreed to table it until the next meeting, to have more time to review it.

“When an employee does run out [of sick days], it gives us the right to use emergency relief money to supplement the pay and help the family,” Rumley said.

Commissioner Phillip Hartline reported that fall soccer and recreation football are happening at the sports complex. Work is going on in the back fields, extending one field an extra 200 feet, and they are getting ready to put a fence up.

Bradford reported that there were 325 work orders for the road department, which is still short three employees.

Bradford also noted that the state is looking to put caution signs up on the curves of Highway 136 on Lookout Mountain.

Robert Goff was absent from the meeting; he was attending a meeting for the Southeastern Tennessee Development District.

During citizens’ participation, Patrick Hickey told the commissioners that he has family in Louisiana, who were in the path of Hurricane Ida.

Hickey and the Davis Fire Department are collecting donations, including water, clothing and non-perishable foods. Hickey is planning on going back to Louisiana on Sept. 14, so people are asked to leave donations by Sept. 12.

Everyone is encouraged to sign up for a library card this month. For those who do, their name will be entered into a $25 gift card giveaway. If you already have a card, you can update your card and still be entered.

Upcoming programs at the library include a Family Fun Day on Saturday, Sept. 11, from 10 a.m. to 1:30 p.m. There will be a movie, games, and more. A Dade First Family Connection Parent Café will be at the library on Sept. 14 at 5:30 p.m., to learn about making nutritious crockpot freezer meals. Learn how to back up your photos on Sept. 28 from 10:30 a.m. to 6:30 p.m. Drop in and learn how to back up photos to the Cloud, a flash drive, or to a computer desktop.

Also at the library is a new scanner that will scan items up to 48 inches.

The next County Commissioners meeting will be Oct. 7.