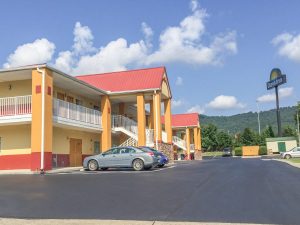 The City of Trenton Board of Commissioners passed three resolutions regarding the sale of liquor during the Monday, Aug. 9 meeting, which will allow voters to decide in the November election.

Voters will be able to check either “yes” or “no” on the ballot for each of these questions.

“I spoke with a mayor from another city today, and he said any time you can let the people vote and decide something, that’s unique, because you don’t always have that without having to do a special election,” Commissioner Monda Wooten said. “That is good, and it made me think. I think we can let the people decide what they want. It’s not about what I want.”

Wooten continued, “I just want us to be sure that we’re not opening Pandora’s Box with no plan. East Ridge has 21,000 citizens and they permit two liquor stores. We have 2,100 citizens. How many are we going to permit? How will we permit it?”

“Even if it does pass, it doesn’t mean that anything has to happen right away,” Mayor Alex Case said. “We have to look at if it is going to be close to our schools and churches. We don’t want them popping up everywhere.”

The election will be Tuesday, Nov. 2. City voters will also vote on the Police and Parks and Recreation Commissioner seats.

The definition of a motel is a one or two floor layout with guests accessing the rooms from the exterior.

The definition of a hotel is a minimum of two stories, with a minimum of 20 rooms per floor. Each hotel must have a lobby and lounge area. Guestrooms must be entered from the interior of the building.

“With that being said … we don’t want to allow any more motels in the city. We already do have one, the Days Inn. We will only allow hotels at this point, once this passes,” Doyle said.

Hotels must have a property improvement plan in place at a maximum of every 15 years. There also must be one and a half parking spaces for every guest room.

“What brought this on is when Mr. [Sanjay] Patel came to us with ideas of the motel he wanted to put in,” Case said. “There is some concern with what we can allow and what we want to allow. We asked the planning committee to look into it. They are giving us some ideas. We didn’t have a clear definition in the charter under the zoning section.”

At last month’s meeting, Patel appeared before the commissioners and told them that he planned on building a Deerfield Inn & Suites on McKaig Road. Under these new proposed guidelines, this would be considered a motel.

“This is just their first meeting and we got their notes. There is no decision tonight,” Case said. “We want people to invest and be here but we want to make sure that we’re doing it right and it looks good for the community.”

“Thank you for what you all have done. We have gotten all the funds raised, and contracts are in hand for your review and signature,” Griffin said.

The project has been broken up into three subcategories, and the first subcategory is Jenkins Park all the way to Highway 11. $75,000 has been raised to date, which is enough to break ground on the first portion.

“We are really excited to break ground and get this accomplished. We can break ground on Aug. 23, if not before. We would love to see that take about six weeks and then move onto the next phase which is the school board property,” Griffin said.

Commissioner Forshee reported that the Trenton Police Department answered 270 calls for service during the month of July. They conducted 1,524 business checks, four animal complaints, responded to four domestic calls, 11 trespassing calls, 28 suspicious activity calls, and nine accidents. 79 traffic stops were made, resulting in 39 citations. Fines collected for the month were $15,567.25, for a total of $126,075.31.

Commissioner Powell reported that the Civic Center was rented for 82 hours. There were eight animal control work orders and one county dog bite. The community pool was rented for 43 hours of private parties in the month of July.

Powell asked to please keep dogs inside a fence or on a leash. There have been a couple of complaints of dogs chasing people.

Wooten reported that the Street Department finished paving Walnut Avenue, and they started Oriole as far as they could go with Local Maintenance and Improvement Grant money.

“We got a little further than we thought we would get because we got a lower bid on one street,” Wooten said.

Commissioner Lucretia Houts was absent from the meeting. Case reported that the Sewer Department had 38 underground locates, five emergency locates, 14 sewer calls, one manhole repair and one tap for service.

The Fire Department had seven fire related calls, three accidents, eight medical, 19 standbys, and was dispatched and canceled in route to 53 calls.

Case reported that there has been some extra cleaning in the City Hall, and seating in the commission meeting room is socially distanced again. He said that he is seeing more positive cases on EMS calls.

“Just continue to think of our family and friends and understand what we are trying to do to make things better,” Case said.

The commissioners went into executive session to discuss an employee matter. No action was taken afterward.

The next City Commission meeting will be Sept. 13.