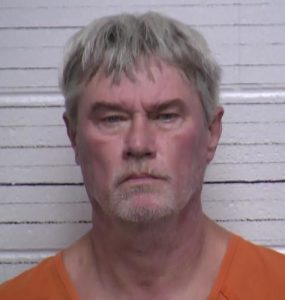 The owner of Woodhaven Senior Living, Kent Allen Womack, 55, has been arrested after reportedly evicting residents on short notice and not having air conditioning in the facility.

“Last night around 5:30 p.m. I got a call that we had a problem at Woodhaven Senior Living. As I arrived on the scene, I was told that the air was not working in the facility … Once you walked in the door you could tell there was no air at all. It was so hot. We checked one of the temperatures on one of the air units and it was registered at over 100 degrees,” Cross said.

Payne said that a deputy was initially dispatched to the facility, and she realized that something was wrong, so she called for further investigation.

Payne said that he could not give further information as to the reasoning of the eviction.

According to Cross, they talked with a staff member, who told them that the air had not been working for two years.

Womack was there when Cross and Payne were dispatched to the facility. Womack said that he had someone come a few weeks ago to repair the air conditioning. He got air working in the lower part of the building, which is where his office is.

“But the middle part and the upper part, where the residents are, was not working,” Cross said. “It was a devastating scene to see these elderly people suffering like this.”

Transit buses were brought out, and the residents were transported to a facility in Rossville.

“There were nine victims all together,” Cross said. “Two of them were taken to the hospital. One lady was taken home by her family. They are all in good, cool places now, being taken care of.”

Cross noted that one of the victims, a man, was vomiting, assumingly because of the heat.

As of Tuesday morning, the two people were still in the hospital.

“If you have elderly folks or anyone that is being mistreated, please let us know. We need to know so we can get the problems fixed,” Cross said.

Cross said that there were also complaints about the food at the facility.

“He’s been here today talking to me and he’s been trying to get us some help with the state health organizations,” Cross said.

Womack is under arrest at the Dade County Jail. He is being charged with one count of cruelty to people over 65 years of age.

“There is one count at this time, but as far as the investigation goes, there is likely to be more counts and more charges,” Payne said.

“GBI (Georgia Bureau of Investigation) has been called in to assist with this case. They are here as we speak. We’re conducting an investigation,” Cross said.

In addition, when Payne and Cross were at the facility, they found out that there was one staff member there that had been working there for 32 hours straight.

Reportedly, all the other staff members had quit, but Payne said that they were not able to confirm this, nor do they know why the staff quit.

Cross noted that there haven’t been any other investigations into Woodhaven Senior Living, but there have been calls out to the facility, when residents have accidentally wandered off.

“When I arrived on scene, there was an odor of alcoholic beverage coming from [Womack]. I asked him if he had been drinking, and he said ‘I didn’t drive here.’ He said he had drank a few hours ago. We found two bottles of alcohol in his pocket,” Cross said.

Cross ended the press conference by saying, “This infuriates me. These are elderly people that can’t fend for themselves.”

“It was devastating to see. We care a lot about our elderly here in this community. We walked in and we were talking to an elderly female who was trying to pack up her belongings. She became visibly emotional. She started showing tears, and the Sheriff started showing tears. I got choked up. It’s awful,” Payne said.

Ethel Cody, 93, was a Woodhaven resident. Cody’s daughter, Sandra Edwards, doesn’t think that the air conditioning was off for as long as Cross and the staff member said, but she alleges that there were other problems with the facility.

“My momma, she has a heater in her room and it did get real hot in there. There may have been issues but I don’t think it was off for two years,” Edwards said.

Edwards did say that she usually met her mother outside, because of COVID-19. She also noted that there was air conditioning in Womack’s office.

According to Edwards, Cody called Edward’s sister Peggy and asked if she was going to pick her up.

Peggy asked why she needed to be picked up, and Cody said that they did not have air conditioning.

Cody is now at Mary and Martha’s Personal Care in Rossville.

“I am going to say a couple of days, back to back that I know of, they didn’t have air. Now, what other people have witnessed, I don’t know. I would say that they did have issues though because their telephone was cut off, and they had leaks everywhere. They didn’t have hardly any food. I knew that was an issue that would come and go. They didn’t have a cook and they would have a happy meal,” Edwards said.

A state inspection on September 24, 2019, of Woodhaven Senior Living found multiple issues. Inspection reports can be found at weblink.dch.georgia.gov.

“Based on record review and staff interview, the facility failed to ensure that 1 of 6 staff had obtained current certification in emergency first aid within the first sixty days of employment,” the inspection report said.

In addition, the facility also failed to ensure that each staff received current certification in CPR.

A staff member, listed as “Staff H” was hired on July 19, and had no documentation of training in CPR or emergency first aid, and had worked shifts alone.

In addition, two residents complained of long and painful toenails. A resident said that they had told staff that their toenails hurt, and that they wanted to see a specialist to clip their nails. The staff reportedly said they would look into it, but they had not.

The smell of urine was in a hallway, as well as six different resident rooms. A large trash can in the laundry room was full of soiled adult briefs.

“The urine smell in the laundry room was strong and unbearable,” the report said.

According to the report, residents said that they had witnessed other residents waiting with soiled undergarments because the staff was too busy with other duties to change them right away.

“03 said the urine smell in hallways was too strong and horrendous, and as a result he/she held his/her breath while he/she passed rooms and hallways, but he/she did not say anything because he/she observed staff worked hard and was too busy. 03 said he/she was embarrassed because of the urine smell, especially when visitors came to visit, as this place was supposed to be his/her home,” the report said.

Public Information Officer Sergeant Hailey Smith said that as of Friday, June 18, there have been no updates in the investigation. Smith also noted that she checked with the Sheriff’s Office’s records, and there had been no complaints about the facility, at least since March 2020.

“They are actively pursuing this investigation. As you can imagine, they are doing some intensive digging. I have not been given any updates. I have been checking with the jail every single day,” Smith said.