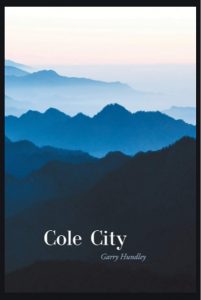 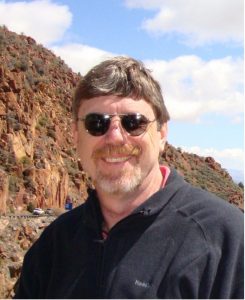 “Cole City” is Hundley’s first book. Hundley grew up on Sand Mountain, and attended Davis High School. He was always interested in the history of the area, and is a member of the Dade County Historical Society.

Hundley earned two engineering degrees from Georgia Tech. After graduation, he focused on international business and traveled to and worked in more than 30 countries.

“I’m just an ordinary guy who had the good fortune to get a book published,” Hundley said.

Now he lives in Murphy, N.C., with his wife Judy and their golden retriever Nell. They spend the winter months in Venice, Fla.

“I never moved back to Dade County, but I did visit occasionally. Whenever I would visit, I was drawn back to the ruins that are Cole City,” Hundley said. “If you know where to look, you can still find the remnants.”

According to Hundley, at the turn of the century, Cole City, at its peak, had about 1,500 convicts working there.

“My father’s property had the ruins of the structures from the area. As a kid I walked the trails through the woods that had been the footpaths of the prisoners that worked there,” Hundley said.

The more that he looked at the history, the more he realized there was something not quite right about the place. Few of those convicts survived.

“I believe that there had to be some sort of working evil in the place,” Hundley said.

Hundley hopes that when people read this book, they will come to the realization that evil exists in the strangest and remotest of places.

“Cole City is one such place. It was established as a way to generate revenue for the wealthy and powerful in the state of Georgia. It is a lesson for us today. Evil begets evil,” Hundley said.

“Cole City” can be purchased online at Amazon, and also in bookstores such as Borders. The book is available as a paperback, an audio book and an e-book.

Hundley has a second book in the works about the Tennessee maximum security prison, Brushy Mountain, which is expected to be released sometime next year.