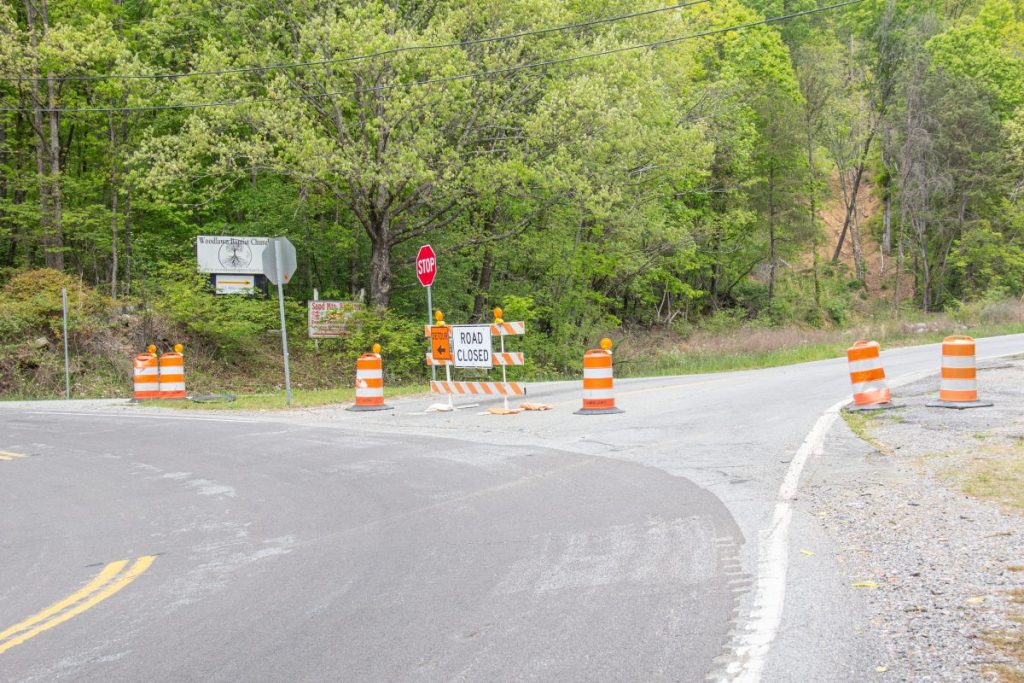 REBECCA HAZEN/Dade County Sentinel
County Road 6 is expected to open back up within a few weeks. Construction started on it in November, with the road being closed since then.

County Road 6 work is coming to completion and should be finished within a few weeks, weather dependent, according to County Executive Ted Rumley and Director of Public Works Billy Massengale.

“County Road 6 has been on the docket for a long time. We were hoping to start laying down pavement this week, which we didn’t get to. We ran into some problems last week, but we have gotten everything set up now. We’re getting closer and closer so just bear with us,” Rumley said during the weekly county update on April 22.

“It’s been a big one,” Massengale said regarding the project as a whole. “Yesterday I cut the grade for some paving. We’ve got to do some work on our ditches. We’re going to have a concrete ditch on the left side going up on the lower part. With good weather, two to three weeks we should be out.”

Massengale noted that between four and five feet of asphalt was found laid down on County Road 6. The normal amount of asphalt paving is about three to five inches.

“In the past 17 years we have put six inches on it, maybe eight at the most,” Massengale said.

Construction on the road began last November. According to Massengale, construction was longer than anticipated, because pipes and drainage systems were found built into the road that no one was aware of.

“The only way the water can go down the mountainside now is 50 feet below the road, back to the other side of the road. This is a permanent fix. This isn’t a patch,” Massengale said. “We are fortunate to be able to do this. We have a couple of contractors in the county. There is no way this county could have afforded to hire this out.”

It was also noted that the road near The Venue At Lilly Lou’s, on Hwy. 136, is also starting to drop.

“We met with the state and showed them those spots. So hopefully we will see something quick,” Massengale said.

Also during the county update, Rumley reminded community members that April is Child Abuse Prevention Month. If anyone knows anyone who needs help, call Martha Baker with Dade First Family Connection at (423) 509-1260.

According to Rumley, the old Fred’s building has been cleaned out and painted in preparation for the building becoming a Dollar General Market.

“They are waiting on shelving and stocking right now. They have not given me an opening date, but I know it will be real soon. That shouldn’t be too far around the corner,” Rumley said.

Rumley noted that there are plenty of vaccination appointments available at the Dade County Health Department. To make an appointment for a vaccine dose, call (706) 657-4213.

“We have a lot of people that don’t want to get vaccinated. That’s your own opinion, you’re not forced. I myself have not taken a shot yet, but I am going to do it next week. It’s been a little over 90 days since I did have it. It’s your choice though,” Rumley said.

Dade County has seen 19 cases in the past two weeks, for a total of 1,204 COVID-19 cases. The number of cases can be found at https://dph.georgia.gov/covid-19-daily-status-report.