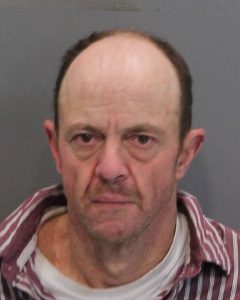 In September 2020, a National Park Service ranger patrolling Chickamauga and Chattanooga National Park Military Park noticed an illegal road created off Old Wauhatchie Pike, on Lookout Mountain. Upon further investigation, the ranger noted over a dozen cut trees, including several old-growth oaks. One large diameter cut tree section was removed by dragging it from the forest, down the road, to a parking lot.

The ranger installed several live-monitored cellular game cameras and was able to capture a man revisiting the site a few days later.

The ranger interviewed nearby neighbors, family members and acquaintances in Georgia, and visited a sawmill specializing in old-growth white oak trees in Alabama. The suspect’s personal information, as well as information on the vehicle used to commit the theft, were obtained.

The investigating ranger developed a prime suspect, James Darren Scott, a 53-year-old man from Bryant, Ala., and Trenton.

Several individuals familiar with Scott identified him from the game camera photos and confirmed the make/model of his vehicle.

With this corroborating information, the ranger successfully obtained an arrest warrant, and Scott was taken into custody without incident.

Prior to trial, Scott accepted a plea to serve 11 months and 29 days in the Silverdale Correctional Complex in Hamilton County.

The resulting tri-state investigation yielded one arrest and conviction, however, the damage assessment incurred to the public and to the national park remains ongoing. It is difficult to put a price tag on trees that are over 100 years old and to offer more than just board feet value to national park visitors. A specialist with the US Department of the Interior estimates Scott’s combined theft and damage to the park is approximately $60,000.