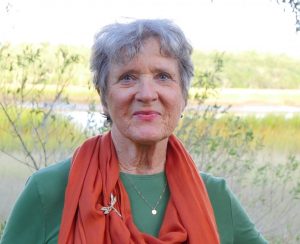 Estelle Ford-Williamson, a Chattanooga native, has recently published a book, “Rising Fawn,” taking place in the community of the same name.

Ford-Williamson graduated from Saint Mary’s College, Notre Dame, Ind., and worked as a reporter for United Press International in Atlanta, in addition to holding other writing related jobs. She taught management courses and was a career specialist as well.

“I used those skills to eventually turn back to my original goal, wanting to be a writer of books,” Ford-Williamson said.

Her first book, “Abbeville Farewell: A Novel of Early Atlanta and North Georgia,” is a historical fiction tale about a family moving to Georgia from South Carolina, starting in 1822. The book has been required reading in some college history courses.

Another book, “Seed of South Sudan: Memoir of a Lost Boy Refugee,” was co-written with Majok Marier.

“Rising Fawn” tells the story of Claire, a successful woman in Atlanta who loses her life due to identity theft. The identify theft creates problems with her marriage, and her husband kicks her out of their home.

She ends up in Rising Fawn because she finds out she has a piece of property in the area. Out there she finds out more information about her family and learns about her Irish and Italian immigrant roots.

Ford-Williamson wanted to tell a story that had to do with immigrants, because her own ancestors were immigrants in that area, Irish stone masons.

“She ends up on the edge of Lookout Mountain, and it is all very strange to her. All of these things come together where she comes to terms with herself,” Ford-Williamson said.

Ford-Williamson, now living in Beaufort, S.C., looks back fondly on her childhood. She is the fifth of ten children in her family, and she said that her family was always outdoors.

“It is called Rising Fawn because I was always fascinated with Rising Fawn. We always went to Plum Nelly, the art show there,” Ford-Williamson said.

Her family also spent a lot of time at Lula Lake and Falls.

“My parents were always looking for free and outdoor things to do, so they could let us run around,” Ford-Williamson said.

Ford-Williamson continued about the book, “I wanted to evoke place, and how it affects people. I think being outdoors was really a salvation for me.” 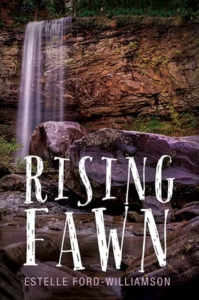 Author Estelle Ford-Williamson has published a book titled “Rising Fawn.” Growing up in Chattanooga, her family spent a lot of time outdoors, including in the Rising Fawn area. Rising Fawn is Ford-Williamson’s third book. It can be bought both online and in independent bookstores.