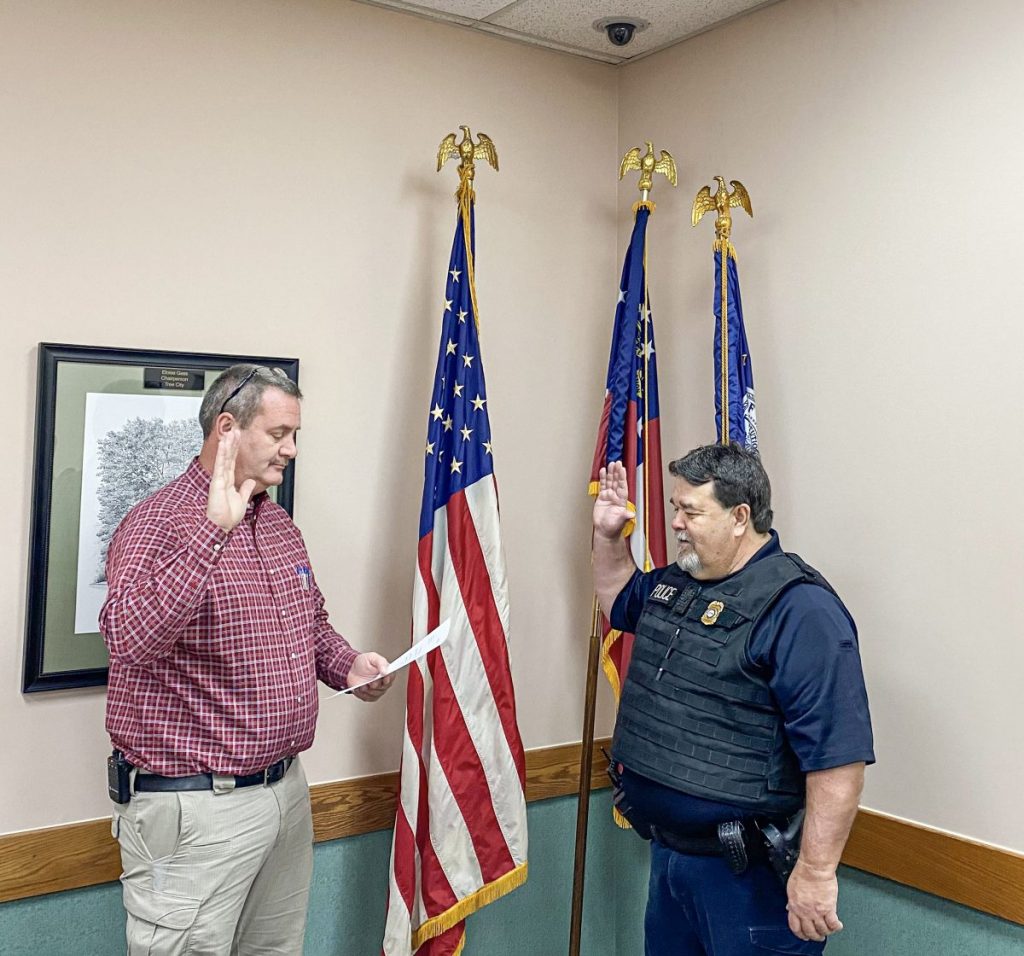 Steve Beaudoin was named as Trenton Police Department’s new Police Chief at the City of Trenton Board of Commissioner’s meeting on Monday, Dec. 14.

The announcement was made at the end of the meeting, after an executive session.

“There were six applicants total, and I narrowed it down to what I felt were the best three. We did the interviews with them,” Commissioner Kirk Forshee said. “I feel like I have come to the right conclusion.”

Forshee continued, “I made my decision based off this person’s dedication of 31 years to the city of Trenton Police Department.”

In other news, Forshee reported that the Trenton Police Department answered 469 calls during the month of November, as well as 19,928 business checks, five animal complaints, responded to seven domestic calls and worked 16 accidents. There were 195 traffic stops resulting in 114 citations issued. The collected fines for November total$20,273.54, with total fines collected for the year standing at $161,246.88.

Commissioner Terry Powell reported that there were five animal control work orders and that the recreation park and ball fields’ bathrooms are now closed due to the cold and are being winterized.

Commissioner Lucretia Houts reported that there were four fire related calls, eight accident calls and six medical calls. There were a total of 106 calls. There were two new inspections, three remodels and two additions.

“We want to think Servpro for reaching out to us. They wiped down City Hall, the police department, the fire station and the police cars and fire truck. They did that at no charge to us at all,” Houts said.

Monda Wooten reported that the Christmas lights were hung up and that City Public Works, along with the Sewer Department, had a float in the Christmas parade.

Wooten also spoke about leaf cleanup. “The leaves is a continuous job. They pick them up and then two days later it’s bad again. I know they are getting a lot of calls here at the city, but they are getting to them just as soon as they can.”

Case also gave an update on the Tractor Supply currently being built.

“Tractor Supply work is going very fast. The metal roof was put up Saturday. We have spoken with the company building that, and they are looking at a mid-February opening,” Case said.

Jennifer Blair with Tree City USA reported that three trees were planted over the last month. Two were planted outside of City Hall and the other was planted near the high school administration building for Dr. Jan Irons Harris, who is leaving as Superintendent.

Jane Dixon with the Alliance for Dade thanked all the board members for the time put in for making the last weekend’s Christmas events a success.

“We went to every business and asked them to light up, to help raise the spirits of our community,” Dixon said. “Over 52 people did something. We are going to give them a participation plaque.”

The next city commission meeting will be on Jan. 11.

Explorers Get Hands On Experience